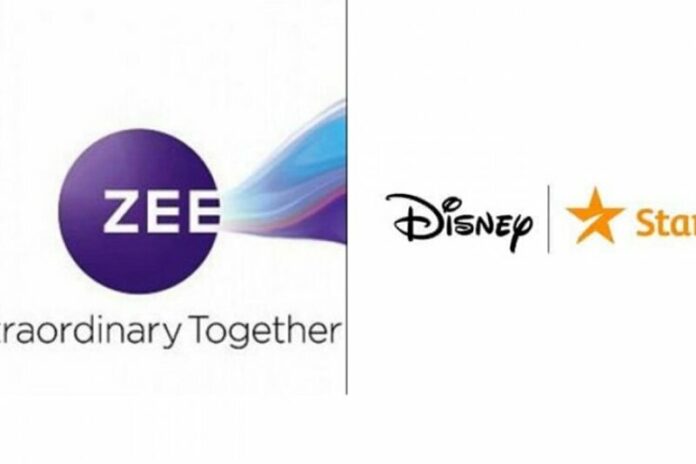 Most people in the media sector were unaware of Disney Star’s strategic licensing agreement with Zee Entertainment Enterprises Limited (ZEEL) for exclusive TV rights of ICC men’s events from 2024–2027. Disney Star only recently secured the ICC media rights, and in the past three days, it has sold a sizable amount of those rights to its rival ZEEL.

The Disney-Zee agreement represents a change from the previous tactic of acquiring sports media rights and creating a walled garden around them to ensure exclusivity, which aided the rights owner in obtaining high advertising costs.

ZEEL is thought to have committed somewhere between $1.5 billion and $1.8 billion for the TV rights, despite the fact that the financial terms of the deals are still unknown. According to industry sources, the agreement, which will go into force in 2024, will likely be backed by a cash infusion from Sony Corp following its merger with Sony Pictures Networks India (SPNI).

After acquiring the media rights to the UAE-based International League T20, ZEEL has also announced its big bang entry into sports broadcasting with this agreement. According to experts, SPNI and ICC TV would have decided to purchase the rights together. However, because the governmental approvals for the merger are still pending, the two businesses continue to run independently.

Disney Star has made it very clear that their priority would be on ramping up the digital business by keeping the ICC digital rights for India. The Walt Disney Company has been discontinuing its linear channels abroad in order to concentrate on promoting Disney+ internationally. In India, where the linear TV industry is still thriving despite the digital expansion outpacing it, this method is inapplicable.

MD ITW Consulting According to Bhairav Shanth, with the ICC TV rights, ZEEL enters the market as a new player. Additionally, he thinks that because there are more broadcasters covering more events, sports fans would need to use more services. This will ultimately increase the value of the sports media environment, he claimed.

Broadcasters will need to look at different sports to grow their sports business since the majority of the cricketing properties will be decided this year. “Additionally, because there are few cricket properties, broadcasters may now go to other, non-cricket sports properties to stand out. This implies more focus on the development and marketing of various sports, which will ultimately benefit national sports as a whole. Additionally, fans will have easier access to them, “added Shanth.