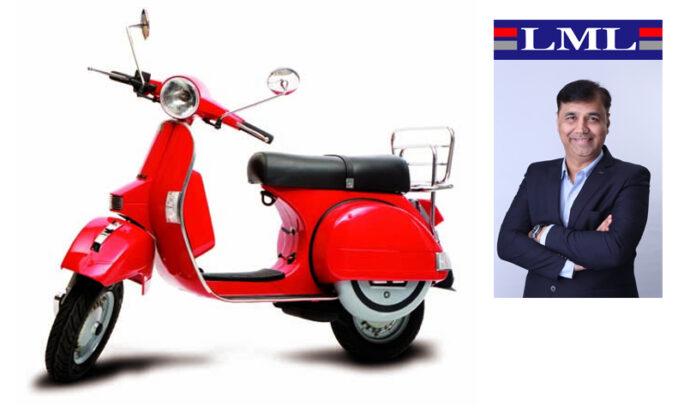 Lohia Machinery Limited (LML), rebranded to LML Electric is an iconic automobile Industry Brand in Kanpur which created an impact in the eighties and nineties with its scooters and motorcycles range.

The company manufactured the products combined with Piaggio and Daelim. After facing problems in the last two decades, the plant was in time close down in 2018.

Now they have planned a transformation into a 100 percent ‘Make in India’ company by the end of 2025 When LML started in the seventies, the situation was different. Secure in international brands was unavoidable. Now, India is technologically advanced. Surely LML Electric will become a “Make in India” brand soon.

A few months ago, LML Electric announced its comeback to the Indian two-wheeler market by progressing the electric mobility space. The automaker has found a strategic partnership with Saera Electric Auto, a two-wheeler producer initially manufacturing motorcycles for Harley Davidson, in India. The company had initially stated that it would invest Rs 1,000 crore over the next 3-5 years.

The company is recently given up the “groundwork” to enter the EV market with a bang, however, it is tight-lipped over its financiers, characterized by the electric scooter, and the upcoming product range.

They are planning to launch some electric vehicles in 2018. It started exporting but they could buy the global LML brand in August 2021. At that time, they came across the idea of electric scooters. They decided to introduce the brand with the electric vehicle session and then they approached Saera Electric for manufacturing.

A decision to combine with Saera Electric was taken because they had been manufacturing Harley Davidson bikes. Also, they have a technological proceed and large manufacturing resources. The bikes worth Rs 50-60 lakh were being exported from here to many developed countries. Moreover, they have robotic machinery and deeper technology that can support LML Electric’s vision.

They were not bothered about what is going on in the automobile sector but we want to focus on what is reducing in the market and what consumers want. This partnership will be a milestone in their vision to reanalyze the future of EV manufacturing in India.