Indian Foreign Minister S Jaishankar recently announced that India will be funding an ambitious connectivity project in the Maldives, with a 400 million dollar loan line and a 100 million dollar grant.

This is the largest civilian infrastructure project in the Maldives and involves a 6.7-km Greater Malé Connectivity Project (GMCP), which connects Malé, Villingili, Gulhifahu, and Thilafusha.

The GMCP was pointed out as a key election pledge by the ruling MDP which India had asked for assistance from President Ibrahim Mohamed Solih during a meeting with Jaishankar in September.

“This 6,7-kilometer bridge projects between Malé and the Gulhifalhu Port & Thilafushi Industrial Zone will help revitalize and transform Maldives’ economy,” Mr. Jaishankar said in a post on twitter. India finances a LOC 400 million dollars & 100 million dollars loan for the implementation of a Greater malé connectivity project. “Once completed, this project would rationalize interconnections between the four islands, improve economic development, create jobs, and foster holistic urban growth in the area of Malé,” the Indian Foreign Ministry said.

‘The ferry service will improve sea connectivity and provide predictability for supplies to Maldives importers and Indian exporters, and lower traders’ logistics costs and times.’

Referring to the creation of an air bubble, Maldives became the first neighboring country to operate an air bubble.

“The air bubble is a signal that India welcomes tourism to and from the Maldives. Safety guidelines should be followed in both countries strictly. Air Bubble’s first flight is expected to begin on August 18,” said in the announcement.

Throughout the meeting, Jaishankar also conveyed the renewal of quotas for the Maldives supply of critical commodities for 2020-21 to Maldivian Federal Foreign Minister Shahid India.

The allocation guarantees food protection and provides for necessary buildings and, as a result, guarantees certainty and price stability in the Maldives, “said the statement of the Foreign Minister.” Food products include potato, onion, rice, wheat, flour, sugar, dal and ovine, and aggregates of fluvial and stone. 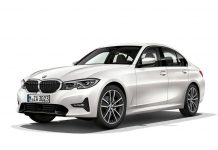 Mahima Thankam Raju - January 21, 2021
0
In a familiar battlefield, it is perfect to fight your wars. That's the present strategy of auto giant Maruti Suzuki India for...

Google to restrict search in Australia if it’s forced to pay...