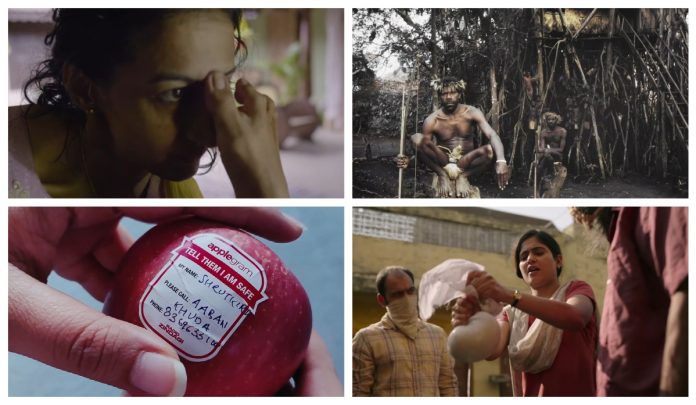 D and AD have introduced their pencil winners during their first of the two virtual ceremonies. These winners were declared among the categories such as advertising, craft, next, side hustle, and collaborative things. Taproot Dentsu ‘s Pooja Didi ad film for Facebook has bagged a wooden pencil in the category of casting and graphite pencil for sound design, and the use of music.

‘Pooja Didi ‘tells us a story of a 28-year-old woman named Pooja. She did use Facebook to connect with people who lost their jobs and will go hire those jobless fellows. However, she doesn’t want them but still, she bears them. These people again introduced her to the world through the same media, through which they were once hired by her, Facebook. They spoke about her selflessness and also about her good mind. This had even helped them in saving shops.

When the Indian government reformed Kashmir’s special status and imposed a lockdown. Kashmir government even did block every way they could communicate, banned every social media. So that, outside world won’t know what’s going on in their state. Hence, they cut their state from the rest of India. This had a huge impact on people’s life especially the state apple trade.

Meanwhile, Radio Zindagi volunteers went on from door to door distributing by sticking ‘I’m safe stickers on their apples. Through this way, they could communicate with one another by writing the name, address, and message they have to convey on the stickers in apple. Whereas, during the pandemic time, India was bombarding everyone with handwashing messages to everyone from the world health organization to every local brand.  Later, people begun to neglect them and this moment was a boon for Ogilvy Mumbai. They did something unexpected, where they used a person without hands to promote handwashing through their film. The Artist who acted was Swapna, a foot artist, who used her feet to paint, to make tea, and to do makeup.

Wunderman Thompson Mumbai has won a wooden and graphite pencil for photography, sound design, and use of music. These pencils had bagged the prize from the campaign; Save our sentinels of the Jimmy Nelson Foundation. This campaign is a musical narrative and had a visual commentary on their last sentinels in their natural reserves. Music expressions were extracted from the lessons of ancient tribal saying, forgotten folk songs, and they had even featured many tribes in their film.