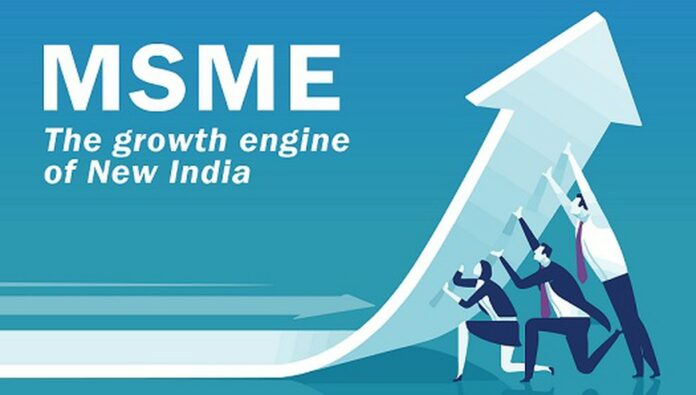 SMEs have helped China to become the world factory, and India is trying to develop their MSMEs similarly to repeat the Chinese success. But everything needs to be regulated.

The nation already has 6.33 crore MSMEs that employ 40% of the nation. It contributes to 25% of the output of the services and 33% of the manufacturing output. Almost 99% of the MSME firms in India belong to the micro-segment.

At the lowest level, i.e., at the micro-level most of them are single person operators, ranging from grocers to village craftsmen. Ancient India was known for the products such small scale craftsmen produced.

Even though the British destroyed it, such small and medium-scale enterprises and industries remained. Supported by tradition and the swadeshi movement, this sector survived.

As a result, it remained within the Indian soul. After Independence, they expanded to provide 11 crore people with jobs and contribute 29% of the GDP.

They are mostly concentrated in the rural region with 51% in total, and worth around ₹3.24 crores. The rest is in the urban centres worth around ₹3.09 crores. But these are pale in comparison to China.

They contribute over 60% of its GDP and employ 80% of the Chinese. The Chinese use the strategy of SME clustering, whose motto was one village, one product and one town, one industry. They gave full financial and other support to develop the sector.

But on the positive side, when the MSMEs expanded, an association of such industries brought a sector dispersed throughout the nation into a common thematic fold.

Such industrial associations have been working for its cause but are not powerful enough to raise funds. As they don’t have official standing, they cannot become a self-regulating body. But for the development of the MSME, such a body is needed.

Industrial associations from MSMEs have to be selected to form Self-Regulatory Organisations (SROs). These NGOs would set the standards and code of conduct to be followed in the sector.

Such a body’s primary objective should be in protecting the customer and promoting ethics, professionalism and equality. It should be powerful enough to set a standard of its own, with the collaboration of the stakeholders and the government.

It would help the sector to develop global standards, which would help it acquire export competitiveness. This would help in increasing trade volumes and improve the business margins.

They can also be representatives of the sector and increase the tracking efficiency and productivity of policies related to the sector. Through such a level of influence, they can use the FTAs and be a part of the global value chain.

Digitisation in functioning and sales will make it efficient. That efficiency would instil confidence in the financial institutions making them confident enough to lend to MSMEs.