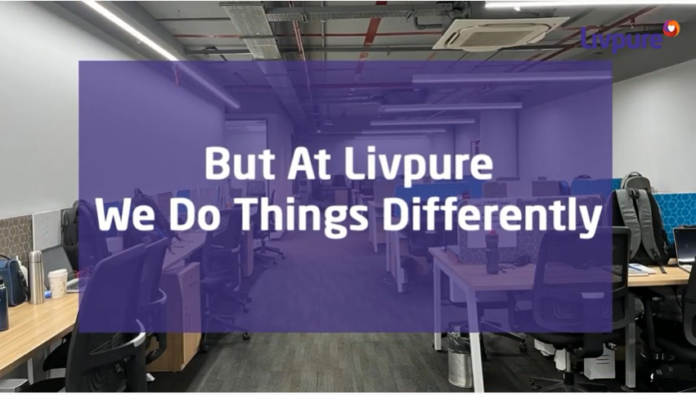 7th, March, 2022: At this very moment, we are more than two decades deep into the 21st century. Yet, workplace gender bias is still a concept in existence. It doesn’t just exist, but actively hinders women from reaching their full professional potential. On the occasion of International Women’s Day, centred on gender equality, Livpure, a leading manufacturer of water purifiers, air conditioners, and innovative sleep and wellness solutions, has launched an impactful campaign around #BreakTheBias.

Under the campaign, Livpure is creating a stop motion/hyper lapse video featuring its employees proudly showcasing placards on how they are breaking the bias. It showcases employees working with women in their team, whether they report to or mentor one. There are no biases or prejudices in the team and all members are treated with equality. With this video, Livpure is cementing its unique stance – This Women’s Day, it’s all about equality. Not favours or flowers, just equality.

Pritesh Talwar – CEO, Livpure, said, “The inherent, archaic notion that men are superior to women in the workplace is no longer viable as an ideology. The need to shatter such stereotypes has never been more urgent than now as more women enter the workforce. They shall boldly go ahead, shatter the glass ceiling, make noise, be heard, and change the world. We are looking to cement this thought with our campaign – there’s no place for bias anymore; equality is the new normal. This is exactly what our video conveys. I am thrilled to see how our confident women leaders are breaking barriers, embodying the spirit of International Women’s Day 2022.”

To further get an in-depth look into the struggles and triumphs of real women professionals in the face of everyday bias, Livpure surveyed front-running leaders across several industries.

One of the participating leaders Kamakshi Malhotra, Founders’ Office, SAR Group (parent company of Livpure), “Every year on March 8th, we celebrate the achievements of many women around us while acknowledging the long way we still have to go, to achieve true gender parity. We collectively imagine a more diverse and inclusive world, free of stereotypes and discrimination. But the only way to bring about real change, is to have constant dialogue around this, that goes beyond the spiked interest in the subject around this time of the year. It takes EVERYONE to question and challenge, to encourage and motivate. Leaders can make strides in improving this gender gap by providing a friendly workplace with processes in place to ensure equal opportunity and pay. We can each make a difference by not treating gender discrimination as an occasionally interesting subject to think about, but by constantly talking about the need for urgent change, especially during a pandemic that disproportionately affected women globally!”

Smiti Deorah, Co-Founder and COO, Advantage Club says, “To break the bias in the workplace we as a society need to remove preconceived notions, discriminatory ideologies, and misguided stereotypes which have been formed over decades. It is only when the very foundation of bias against women is identified and broken down, that will we be able to advance into the much-sought era of equality. We all need to take constant measures ourselves to drive better inclusion, whether we are at the workplace or otherwise.”

Roma Priya, Founder, Burgeon Law says, “Observed annually on 8 March, the International Women’s Day is solely marked to celebrate the cultural, political, and socioeconomic achievements of women. The #BreakTheBais theme this year calls all men and women to be part of a movement to build a gender equal world which is free of bias, stereotypes and discrimination that hinder the progress of women, is inclusive, equitable and diverse, and a safe place where pluralism is celebrated and not opposed.”

Emphasizing the need to question and dismantle discrimination, Shubha Rawal, Director – Procurement, IG International, said, “It’s all about equality. Gender doesn’t and shouldn’t matter. Women are neither weak nor strong, neither superior nor inferior. They are the same as men. Question the stereotypes. Question the generalizations and we arrive at only one logical answer – Equality!

Focusing on women leaders creating a successful place for themselves in the business ecosystem, Livpure encourages women to follow suit. The campaign acts as a beacon of hope, allowing women to dream big in a world without hurdles.

Passionate in Marketing - May 24, 2022
0
Paces ahead in its fashion forward journey with its new 24x7 Casual Collection India: Aligned with evolving consumer needs...