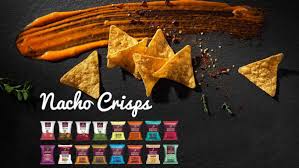 For years, Cornitos, the Indian brand of Mexican tortilla chips (nachos), has been trying to crack the small-town markets in India without much success. The challenges have been many from developing taste buds for foreign flavors and corn-based chips to getting the product right for the Indian palate. The COVID bought to the market has come as a boon for the brand.

With work from home (WFM) getting mainstream and physical workplaces taking a backseat, people employed in the top cities moved back to their homes in smaller towns. Jagjot Singh Maan, national sales manager, Cornitos, tells that the city dwellers also ferried their consumption habits back to their native towns.

He claims that unlike the highly ‘massy’ potato chips, Cornitos nacho chips are aimed at the uptown market niche segment. Similarly, instead of distributing Rs 5-10 packets in any nook and cranny of retail space, Cornitos is sold in larger Rs 20/35/85 packets in stand-alone shops and supermarkets.

Until a few years ago, Cornitos, too, had a mass strategy, it had to be modified. Driven by on-the-go consumption, today’s best selling units are Rs 35 packets. Cheese is the most favored flavor.

The Indian snacks industry is priced at roughly Rs 14,000 to Rs 15,000 crore. The share of namkeen / traditional snacks is about 40%. The demand for chips is about 25% and the demand for tortilla chips/nachos is similar to 4%. The segment is increasing in India, with many new entrants, such as Balaji, Haldiram’s, PepsiCo (Doritos), etc. According to Grand View Study, the business is expected to record a CAGR of 4.41 percent between 2019 and 2025. The US, which is the biggest market, is dominated by PepsiCo’s nacho brands such as Tostitos and Doritos. The snack-cum-beverage giant turned to competitive pricing and built up its deep-rooted delivery network.

Lower cost Doritos packets (Rs 10) played an important role in increasing popularity in previously unexplored markets. The pandemic (albeit unintentionally) supported Cornitos on two main fronts. It helped to get into lower-tier cities. Second, in-home use has been guided, an important priority area for CornitOS for 2020.

Campaigns are mainly conducted on new channels and are funded by POS resources and activations. North-East needs a good taste of wasabi mustard, North India needs a milder variety. Maize nachos are also predicted as a better alternative to potato chips since they are gluten-free, have less cholesterol. The above, since the product has a young TG-children help children access families and meet adults. The product is exported to 30 countries and the goal is to retain a consistent taste across markets.

Passionate In Marketing - November 28, 2020
0
Fortune Foods is praising 20 years of its essence in the Indian food industry. Denoting this achievement, the brand's most recent mission...