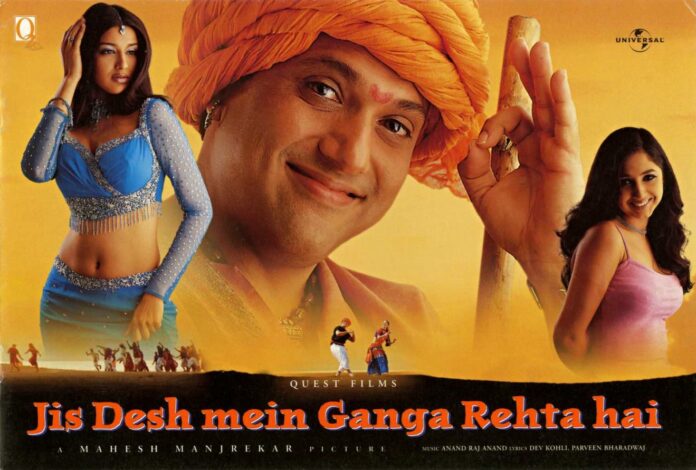 Sonali Bendre has wowed audiences with her breath-taking performances since 1994. While she is attractive, her acting ability is what has made her successful. She has wowed her admirers and has been making news for her Bollywood return project after a protracted absence. The actor has enjoyed a streak of huge successes over the past 20 years in addition to receiving admiration from all over the nation and displaying incredible tenacity in the face of hardships. “Jis Desh Mein Ganga Retha Hai,” one of her top-grossing movies, guarantees nothing but pure enjoyment! On June 25, watch the movie on Sony MAX2 to have a hilarious weekend!

Even if a movie has a compelling plot, the cast will usually be what draws viewers in. We promise to keep you on the edge of your seat while watching this movie, which stars Govinda, Sonali Bendre, Shakti Kapoor, Supriya Karnik, and Milind Gunaji.

Who doesn’t enjoy a romantic comedy?

To reconcile with his birth family, our protagonist had to say goodbye to his village life and his love interest, “Sawani” (Sonali Bendre). His funny attempt to reunite with Sawani for his happily ever after continues. A lot of humor and romance are promised in this film!

music that gets you moving

Bola uses Kem che, Kem the Kem Che, doesn’t it seem familiar? For the past 20 years, everyone has been bopping along to this upbeat song. Aren’t you interested in seeing Govinda, the original flamboyant dancer, shake a leg to this timeless song?

This film has it all—drama, thrill, romance, fun, and feelings! Take a ride on this emotional rollercoaster, and we promise you’ll be overcome with emotion when our protagonist Ganga says goodbye to his loved ones and home, but you will be in stitches as he tries to make amends with Saawni.

Are you up for a hilarious journey filled with a tonne of romance? Yes, certainly are! So, On June 25th, pop some popcorn and watch “Jis Desh Mein Ganga Rehta Hai” with your family and friends on Sony Max2. Enjoy the film.

Passionate in Marketing - August 10, 2022
0
New Delhi, 10th August 2022: Bhutani Group, one of the leading real estate developers, has announced its proud association with the chartbuster...