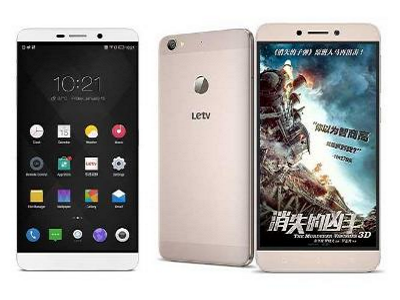 LeEco is the Chinese smartphone manufacturer known as Letv previously. With the success of many Chinese vendors in India, this maker has also entered the market that is growing swiftly. The company seems to be prepared to foray into the Indian market by holding social media campaigns and fan meets. Especially, the Indian smartphone market is too competitive and crowded and it is nearing the saturation point with a slew of smartphones in a specific price range with identical specifications.

The new entrant LeEco will have to struggle a lot to create an impact in the already competitive market. It has launched a smartphone called Le 1s is priced at Rs 10,999. There is a high end model called Le Max Sapphire with 128 GB storage that is priced at Rs 69,999.

The manufacturer LeEco announced that the Le 1s will go on sale via the e-commerce portal Flipkart. It has claimed that it has received 300,000 pre-sale registrations on the portal five days after the launch of the devices.

The COO of LeEco India, Atul Jain stated that the current pre-sale registration figures show that they will create new sale records for the superphones in the country.

While the Le 1s is priced at Rs 10,999, Flipkart is providing an additional discount of 10 percent cashback for the transactions made using Axis Bank credit and debit cards. The registrations for the Le 1s flash sale will be going on till February 2, 11 AM. The device was launched alongside Le Max on January 20 and it claimed that these devices are sure to disrupt the price competition that exists in the Indian smartphone market segment.

As these models are new to the Indian market, we need to wait for these smartphones to be released to know how they actually perform and how efficient they are in comparison to the others. Only then, we will get to know if these new models can outshine their competitors.

Passionate In Marketing - August 2, 2020
0
Ford's "Bring Back Bronco" podcast aims to create excitement for the Broncos return while explaining its cultural significance to younger consumers who...