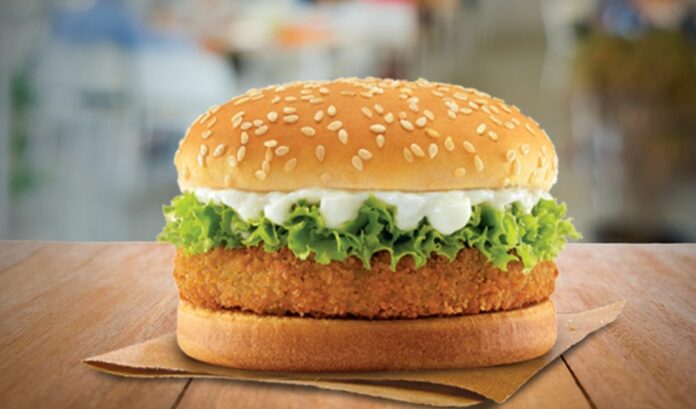 McDonald’s India is commemorating its 25th year in the country. They’ve offered a series of fantastic bargains, starting at just Rs. 25.

The dining experience has been changed by the introduction of fast food. Gone are the days when we had to wait long periods to eat great food. McDonald’s is one such fast-food giant that has long been adored by foodies all over the world.

McDonald’s has been a part of Indian customers’ life for the past twenty years, from birthday parties to first salary treats, from getting together with family and friends over meals to all events big and little.

#25YearsOfLovinIt is a contemporary adaptation and continuation tale of McDonald’s legendary ‘Hum dono boyfriend-girlfriend hai kya’ campaign, which struck a chord with its amazement appeal. It stars popular social media stars and real-life couple Awez Darbar and Nagma Mirajkar. The new campaign highlights the joy that can be found when two friends reconnect to relive their fondest moments over McDonald’s food.

For the past 25 years, McDonald’s has been synonymous with burgers in India. The golden arches entered the country in 1996 and reigned supreme in the burger business until 2014 when its rival Burger King opened its first location in Delhi.

McDonald’s, on the other side, already had taken a huge share of the market. McDonald’s has stood the test of time, surviving several burger wars, economic crises, and pandemics. When the American fast-food behemoth initially considered entering the Indian market, it faced a formidable obstacle.

McDonald’s created a significant image to identify itself as Indian, to represent family values and culture, and to market itself as comfortable and easy while maintaining global principles. Indians couldn’t get enough of McDonald’s burgers, which are a staple American fast food.

According to an Edelweiss Securities analysis, between fiscal years 2021 and 2025, India’s quick-service restaurant (QSR) sector is predicted to increase at a compound annual growth rate of 23 per cent. According to Technopak, the food services market in India was valued at $4,236 billion in FY20.