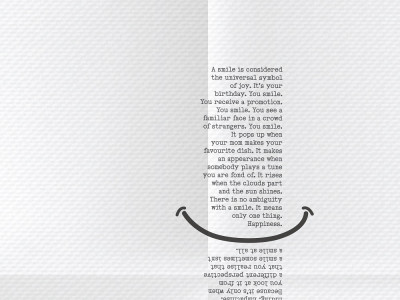 The Hindu launches a campaign with Ogilvy on World Mental Health Day. The Hindu is also active in bringing various social issues to the public notice, most recent issues were about the World Wildlife Day and World Environment day. The aim is not only to get public attention but also to create awareness among the readers about what’s happening around them and to create a new overview in the minds of the readers.

The topic “ Mental Health” has gained more attention recently and The Hindu has decided to take the topic and are trying to promote the concept to a larger audience. The Hindu publishes the concept in such a way that it was easily noticeable by using the visual device in an understandable way, through which the message is promoted but also gains the attention of the readers. The concept had to be written in such a way that they had to use their ability to understand the situation and share their thoughts.

The Hindu posted a related post on twitter on World Mental Health Day on the 10th of October and the post promotes the message that a smile is a sign which shows us that someone is happy and not everyone who smiles may not be happy, they may be suffering mentally, so the post suggests people spend their time with their near ones.

Chief revenue officer of The Hindu group, Suresh Balakrishna stated that The Hindu is a media that comes up with the topic which is needed the most attention and through which the level of responsibility increases and that The Hindu has never ignored any topics which are of great importance in settings things right and talk about mental health and wellbeing is necessary.

As a result of the outbreak of a pandemic, there has been a rapid increase in mental health problems, and each day the situation is becoming worse which increase the chance and that is the reason why the topic was chosen on World Mental Health Day, through which they wanted people to open up about themselves and listen to their near ones who are facing a problem.

Copywriter and creative director, Nikhil Narayanan stated that mental health is a topic of great importance and the WPP and Ogilvy have started many programs after the outbreak of the pandemic and The Hindu has decided to take this initiative. The Hindu wanted to convey the message that every one who smiles may not be mentally happy, they may be facing some problems.

Passionate In Marketing - October 23, 2020
0
Godrej locks and Architectural Fittings and systems have declared about their entry into the contactless product category in which the company would offer...