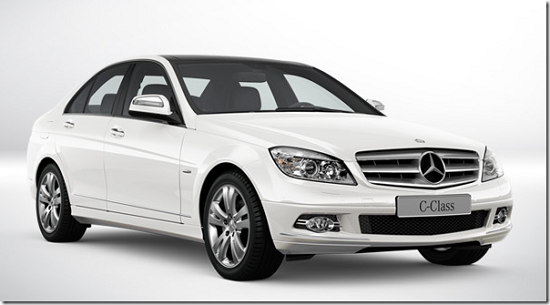 Luxury car maker Mercedes Benz is focusing largely to recapture the leading position in the Indian luxury car market segment. For now,Germanybased Audi has lined up numerous offerings and Mercedes appears to surpass the same with the introduction of new models.

This week, Mercedes Benz announced the launch of a new generation vehicle in one of its largest selling sedan category, C Class. The latest offering is dubbed C200 it is available only in the petrol variant that uses a 2.0 litre four cylinder turbo charged engine and carries a price tag of Rs 40.9 lakh. This is the pricing of the vehicle without considering insurance and the local levies inNew Delhi.

Regarding the launch of the new C200 luxury sedan, Eberhard Kern, Managing Director and CEO of Mercedes BenzIndiaclaimed that this vehicle is one of the most significant launches to help the car maker achieve their goal to gain the leadership back in the country. Furthermore, it is also believed that this vehicle will assist the vendor in gaining enough growth reaching double digit figures in terms of sales in the current year.

Mercedes Benz achieved increased sales in the country rising to about 16 percent, that is to 7,529 units in the first nine months of this year and it is aiming to surpass 10,000 units mark annually. If it does, this would be the first time that they cross the figure and it was 9,003 units of sales in the last year. While the vendor is focused on taking over Audi that managed to sell 10,003 units in 2013, it has already crossed that figure this year with another whole month left. Audi was able to achieve this increased sale with the help of the A3 compact sedan that starts from Rs 23 lakh.

Coming back to Mercedes Benz, the car maker is all set to introduce more models into the Indian market in future. It is in plans to launch the CLA sedan in 2015 for sub Rs 25 lakh price tag and hopes that this vehicle could boost the sales largely.

The executive added that the Indian market is pretty important for Mercedes Benz and it is believed that this market will emerge as one in the top 10 for the car maker in the coming years. The manufacturer is aiming to achieve double the volume of sales from the market by 2020. He added that the company is focused in launching 20 new models across the globe and many of them will make their way intoIndia.

Notably, Mercedes Benz has expanded its production capacity at the Chakan plant near Pune to about 20,000 units a year in order to address the expected demand.