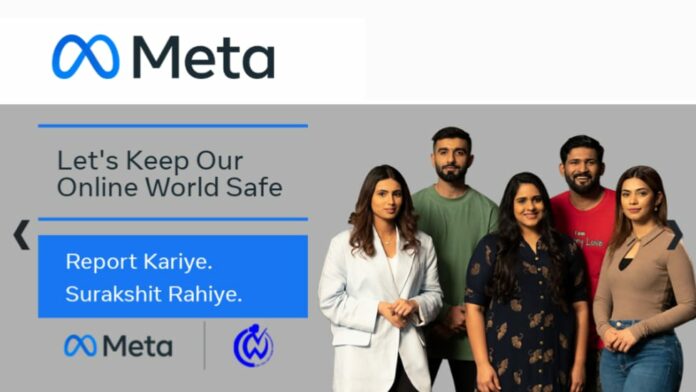 A new campaign to improve women’s online safety – Don’t Hesitate, Do Report, Stay Safe – has been announced by Meta and the National Commission for Women, in partnership with Farhan Akhtar’s MARD. The campaign will work on increasing knowledge and awareness of tools and resources for users to report online abuse, inappropriate behavior, and inappropriate content.

The campaign was launched in English and five Indian languages – Hindi, Marathi, Bengali, Tamil, and Kannada. The campaign aims to raise awareness among people about reporting content that they find objectionable, rather than sharing it further.

Madhu Singh Sirohi, Head of Policy Programs and Outreach, Facebook India (Meta) said that as per research, digital empowerment enables women to contribute more to economic development. To ensure such digital empowerment, it is necessary to build an internet that is safe and spurs growth and impact. Meta has always strived to build resources and tools that enable a safer and more inclusive internet for women. We are confident that we can encourage more people to report online harms that they see against women by partnering with our campaign ‘Don’t Hesitate, Do Report, Stay Safe’ to create an empowering experience for women across Instagram and Facebook.

The campaign is built in consultation with several leading CSOs in India and aims to bust existing myths such as “If I report, nothing will be done,” or, “If I report, it will not remain anonymous.” Further, the campaign aims to help users understand that when they report, they are in control of their experience on the Facebook and Instagram apps.

Speaking on MARD’s collaboration with Meta and NCW, Farhan Akhtar, Actor, Director, UN Women Goodwill Ambassador – South Asia, and Founder of MARD (Men Against Rape & Discrimination) Initiative said that MARD has always believed in gender parity and the democratization of the internet, whereby the dignity of all the users is maintained. It is important for women to raise their voices against online abuse by reporting such content to help combat different forms of harassment. The MARD Initiative is proud to join hands with NCW and Meta for building a safer experience for people, particularly women, online.

Nomad Pizza Promises a Tour for your Tastebuds with Each Slice!