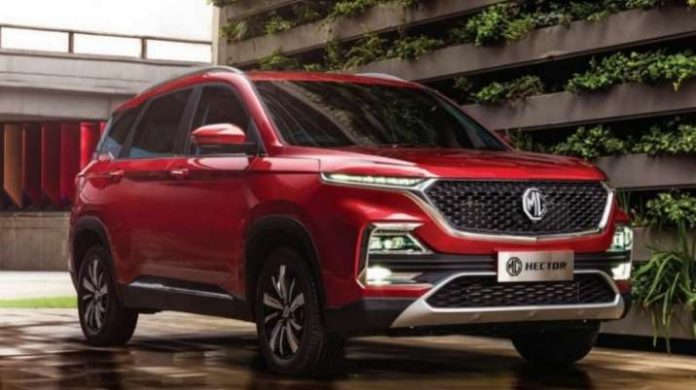 The Chinese car manufacturing giant SAIC Motor Corp reported a sale of 710 units in May after they resumed production in their manufacturing unit at Halol in Gujarat.

After the reported nil retail sale of any units for MG Motor Corp Pvt Ltd in April, the company reported a sale of 710 cars in May with the ease in lockdown and dealerships and supply chain partially resuming.

The company has resumed its production in its manufacturing plant at Halol, Gujarat with 30% capacity utilization in the last week of April. The company also said that customers need not worry about the further service of their cars as they have resumed nearly 65% of their service stations and retail showrooms.

Rakesh Sidana the director of sales at MG Motors India quoted that “Supply chain disruption coupled with stricter credit financing along with non-operation of some dealerships due to the lockdown have impacted our sales in May. With the production loss notwithstanding, our front-end retail operations continue to operate with less-than-normal staff”.

Mr Sidana also said that all the vehicles produced are made according to the new BS-VI (Bharat Stage-VI) standard of the Govt. of India.

The top executives of the company had also said operating at 25-30% capacity together with reduced efficiency because of adherence to new social distancing norms isn’t sustainable within the future.

He also said “The operational cost could be a huge issue. I feel within the next three-four months we want to consider the simplest way to begin operating (efficiently)”.

MG Motor India, as a part of its phase-two expansion, plans to introduce its electric SUV, ZS EV, in six new cities including Pune, Surat, Cochin, Chandigarh, Jaipur, and Chennai from June 2020. With this expansion, the ZS EV is going to be available for sales across 11 cities in India.

The Automobile sector has slowly started to pick up in India after the ease in lockdown. Most of them have resumed their service centre and retail showroom. Maruti has also invested in refurbished second-hand cars so as to sustain itself in the market.

Passionate In Marketing - July 6, 2020
0
Are OTT platforms like Amazon Prime, Netflix & Hotstar the future of Movie Business? What will happen to the cinema theatres. Mr....