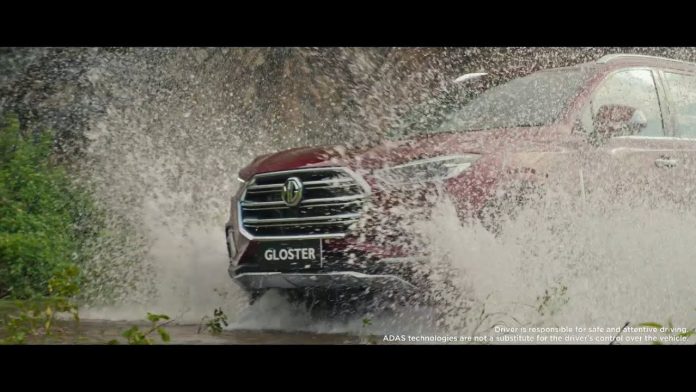 Last year MG Motor forayed into the Indian market with the MG Hector which was followed by the brand’s first electric SUV, ZS EV. And during the last month, the brand launched the six-seater variant MG Hector Plus. Now, they’re going to launch its new full-sized SUV, the MG Gloster SUV that was showcased at the Auto Expo 2020 and will be launched by October. The MG Gloster SUV will tackle the likes of Ford Endeavour, Toyota Fortuner, Mahindra Alturas G4, and even the Toyota Land Cruiser in India once launched.

Additionally, to this, the MG Gloster SUV features dual-tone alloy wheels, bold shoulder creases, chrome around the window line, chrome door handles, LED tail-lights, and roof rails. the within is loaded with all the bells & whistles and is anticipated to feature a variety of advanced safety features including Auto Park Assist, Adaptive control, and Automatic Emergency Braking among others. The MG Gloster SUV are visiting be assembled at the SAIC Motor Corporations’ Halol based plant in Gujarat and might be expected to be priced between Rs 30 lakh Rs 40 lakh bracket. The upcoming Gloster SUV will be the brand’s flagship model within the Indian market for positioning it above the MG Hector Plus.

The MG Glostur SUV will be launched in the next month which will tackle will tackle the likes of Ford Endeavour, Toyota Fortuner, Mahindra Alturas G4, and even the Toyota Land Cruiser in India.