With the launch of Dailyhunt, India’s #1 local language content platform in the Middle East (ME) nations, VerSe Innovation announced its breakthrough into the worldwide market. Shekhar Iyer, a veteran in the media industry, has been named Director and General Manager of VerSe Innovation, MENA, and will drive Dailyhunt’s efforts in the area.

VerSe Innovation, the company behind Dailyhunt’s proprietary technology, has now launched Dailyhunt in the Middle East, including the United Arab Emirates, Saudi Arabia, Bahrain, Oman, Qatar, and Kuwait, with its headquarters in Dubai. VerSe Innovation is the only company in the region to offer Dailyhunt.

With over 5000 content partners serving the UAE market, Dailyhunt has made its debut in the ME region. MENA Newswire, Al Khaleej, The Brew, Chalk Media, Brandknew, KKompany, Mudgal Kreations, Buzzing, Gulf Today, among others, will soon be working with the local language content platform.

Umang Bedi, Co-founder of VerSe Innovation, commented on the worldwide expansion: “UAE is one of the world’s most lively economies and is enjoying an exponential era of development. Dailyhunt will be available throughout the Middle East as part of our worldwide growth plan. The Dailyhunt team has worked tirelessly to provide material that has educated, enlightened, and delighted its global audience.

We have an incredible chance to meet the unmet content demands of the Middle East market due to the region’s wide variety of native languages and its broad news consumption habits. By launching Dailyhunt in MENA nations like Iraq, Iran, Israel, and Egypt, we’ll be able to serve languages like Hebrew and Farsi in these countries,” Bedi stated.

The MENA region’s digital media environment is bright and primed for significant expansion. As a result, Shekhar Iyer’s appointment as Director and General Manager of VerSe Innovation, MENA, will serve as a catalyst for transformation throughout the Middle East and North Africa. After previously working with Abu Dhabi Media (Radio Mirchi) and Percept Gulf (MAME), Zee Entertainment, the Indian Express and Khaleej Times, Shekhar will drive strategic and business growth in the Middle East in his new position.

I am delighted to join VerSe Innovation and am certain that Dailyhunt will offer great results to our partners and advertisers,” said Shekhar Iyer, VerSe Innovation’s Director and General Manager, MENA. It’s fascinating to see the expansion of end-user content across the Middle East and North Africa, and we’re eager to see how Dailyhunt will affect the area.

“We are confident in improving the entire customer experience and developing partnerships with companies in addition to helping brands create awareness, attract customers, and earn income. It is with great anticipation that I plan to construct the region’s greatest and most comprehensive local language content discovery platform. 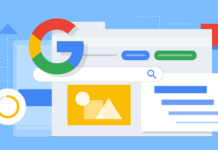