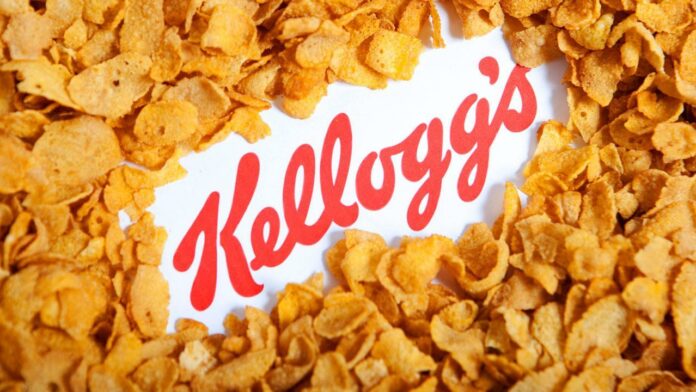 Mexican officials have seized Kellogg’s for violating sugar and other content labeling rules in a country with one of the world’s most obese populations.

Kellogg’s is a global food manufacturing company headquartered in the United States of America.

Around 380,000 boxes of Corn Flakes and other cereals of the US brand, Kellogg have been blocked, according to Jesus Montano, a spokesman for the Federal Consumer Prosecutor’s Office (Profeco).

The boxes featured cartoon mascots that breached the laws that prevents the marketing of allegedly ‘unhealthy’ products to children.

The cereal boxes were confiscated from 75 retail stores across the country, with a vast majority from a warehouse just outside Mexico City.

He remarked that they cannot promote or market them like that and according to him, the products fail to properly warn customers about the excess calories and added sugar content.

In a statement, it said, “the national regulatory demands that nutritional information is declared in clear, visible, indelible characters and contrasting colors.”

For more than 70 years, Kellogg’s Mexico has been committed to enabling access to healthy, safe, and affordable food, with clear nutritional information.

The website says that they are delivering more products to the point of sale that has previously been evaluated after discussions with the government.

Mexico has required companies to notify customers if their products contain too much sugar, sodium, or saturated fat from October 2020.

According to other media in 2020 research, it was found that 73 percent of the Mexican population is overweight.

Mexico is the world’s second-most obese country, according to the Organization for Economic Cooperation and Development.

The obesity problem is most prominent among children, with rates growing sharply with age, from less than 10% under the age of four to about 40% among teenagers.

Some regional lawmakers have proposed penalties and potential store closures for companies that sell sugar-sweetened beverages and high-calorie foods to minors.

One or more of the labels can be found on many supermarket products, to safeguard children, drawings on packages are also prohibited.

The measures are aimed at addressing poor diets and health issues, which officials say are largely to account for Mexico’s COVID-19 death toll of over 300,000, which is one of the world’s highest.

According to government statistics, 70% of Mexicans are overweight and roughly a third are obese.