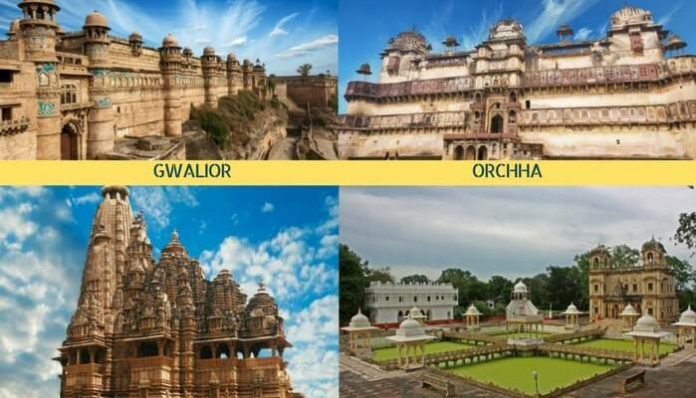 Madhya Pradesh Tourism launches its newest digital campaign dubbed #SabKuchJoDilChahe, gestated and carried out by Crayons Advertising. The campaign captures MP, the heart of India, as a traveler’s delight satisfying all that one’s heart desires to see and experience.

The campaign was released with a digital film that was launched by travel and lifestyle influencers like Dev and Radhika Sharma, and Prakriti Varshney who launched the film on their social media platforms.
In the second part of the Campaign, two inspiring travel stories of influencers from travel and fitness genres are being showcased. The campaign is now moving into its third part that will fulfill the desire of taking a road trip, post the lockdown episodes.

“#SabKuchJoDilChahe campaign exhibits the numerous experiences that every traveler visiting Madhya Pradesh will be presented with. This captivating ‘heart of India’ offers everything that the heart and mind desire. Our newest campaign brings these unusual experiences to life in the most effective manner,” said Sonia Meena, AMD, MP Tourism.

Shekhar Suri, the vice president, Crayons Advertising, commenting on the campaign said, “#SabKuchJoDilChahe is a mature digital campaign that exhibits the excellence of Madhya Pradesh through its one of a kind storytelling approach. The first 2 stages of the campaign have already recorded a tremendous organic growth rate for the brand, while the 3rd stage is only going to increase the traction further.”

Madhya Pradesh, often known as the “Heart of India” is located in the central part of India. Madhya Pradesh is known for its religious hubs of Hinduism, Jainism, Buddhism and Islam, Khajuraho temples, exquisitely carved Jain temples, impregnable forts, and palaces, which are the glorious reminders of an erstwhile era of the royal Rajas and Maharajahs. Provided with vast natural beauty and splendor, Madhya Pradesh is also known for its national parks and wildlife sanctuaries which are home to a wide variety of flora and fauna.

Every frame in the ad film, the campaign gives the viewer an experience of a tourist visiting the rich destinations of Madhya Pradesh. Madhya Pradesh Tourism Board moves successfully on its social media platforms. MPTB Facebook page has more than one million followers and it is one of the most active and favorite tourism organizations in our country.

Passionate In Marketing - August 3, 2020
0
McDonald's India West and South posted a post of fun questions as a part of their #DriveThruCodes crusade for National Drive-Thru Day....