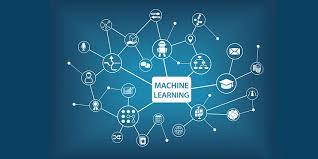 Presently a study by Facebook AI researchers and NYU Langone Health experimented with magnetic resonance imaging (MRI). In that, they have done Rapid MRI scans which also generates the results with the use of Artificial Intelligence (AI) which also gives accurate, useful, and reliable results.

They did the study with 108 patients in which radiologists have reviewed two sets of MRIs. Where one set of a set is done by using the standard technique and then another one with the help of the fast MRI AI model. The results obtained are then published in the American Journal of Roentgenology and they also said that there is no significant difference in the radiologist’s evaluations.

Both of them are partnered together to find out the best solutions to get fast MRI scans from two years ago. It also requires to spend less time in the scanning machine for patience and gives results four times faster with fewer data. It will be a great step taken into consideration in the clinical acceptance as well as utilization of AI accelerated MRI scans said by Michael Recht, Professor, and Chair of Radiology at NYU Langone Health.

Thus, the MRI machine is operated by using magnetic fields that interact with the hydrogen atoms in the patient’s body soft tissue and vital organs. Then these atoms can emit electromagnetic signals which work like a beacon and helps us to locate the atoms in the body. After that, the signals are connected by the scanner which provides the sequence of individual 2D frequency measurement known as k-space data.

Immediately the data finally get collected the system then applies a complex mathematical formula an inverse Fourier transform — to that k-space data helps us to give detailed MR images of the knee, back or brain, or other areas of the body. Without full data, it cannot able to access the point of the signal.  This fast MRI provides an entirely different way to create an image of the data which requires less raw data.

Based on this fast MRI initiative the researchers have built a neural network and have trained it in the world’s largest open-source data. This research team then removed around three fourth of the raw data and the remaining is fed into the AI model. From the limited data, the model will generate a complete image of it. The images generated by the AI model did not just look like the same as generic MRIs. Facebook also said that AI has generated ground truth images formed by the standard slow MRI process.

Finally, this study gives us the diagnostically interchangeable MRI images of knee injuries which is been shown through the fast MRI. The results give around 75% less raw data from the scanning machine. Thus, now researchers are moving towards extending their research to other parts of the body such as the brain.