Nestle is a Swiss multinational food and drinks processing corporation which was formed in 1905 by the merger of the Anglo-Swiss Milk Company and Farine Lactee Henri Nestle. The company is one of the largest food companies in the world be it in terms of revenue or any other metric. The company was ranked No. 64 on the Fortunate Global 500. Its products include coffee, tea, medical food, baby food, pet foods, and many others. It has around 339000 employees in 447 factories operating in 189 countries. Nescafe is a brand of coffee created by Nestle which comes in different forms. Nescafe is considered one of the most trusted brands.

The brand has recently launched a campaign keeping in mind the upcoming occasion, Valentine’s Day. A social media marketing agency known as EiPi media has designed this campaign for Nescafe. The brand came up with an augmented reality idea where if one can scan their Ready-to-Drink cold coffee pack, then people get an opportunity to have a virtual date at impressive locations like a beach, misty mountains, or a music concert. As the occasion is not far away they wanted to promote this campaign with a unique and interesting concept which not only focuses on highlighting this feature but also motivates customers to buy the pack. The brand aimed to create an idea that does justice to the concept that they created and also to create buzz around Valentine’s Day so that people experience a new way to date since the pandemic made it difficult to go out. People today are searching for new ways to create new experiences and keeping this in mind, Nescafe stepped in with their capabilities.

Nescafe has been using visual effects for the branded content and they got an idea of using the same for their new concept as it is a perfect fit for this feature since one can show a couple going into virtual reality for their date. One of the challenges that were faced while creating this concept is to use Nescafe’s already existing Augmented Reality assets and merge them with high-end VFX technology. The video was created with this high-end technology and was required to be 20 seconds. 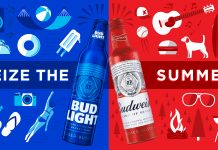 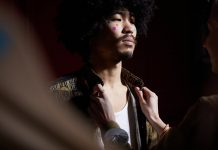 admin - May 8, 2021
0
Treat the queen of your life to a regal celebration at Novotel Hyderabad Airport. You can enjoy a staycation with exclusive privileges,...