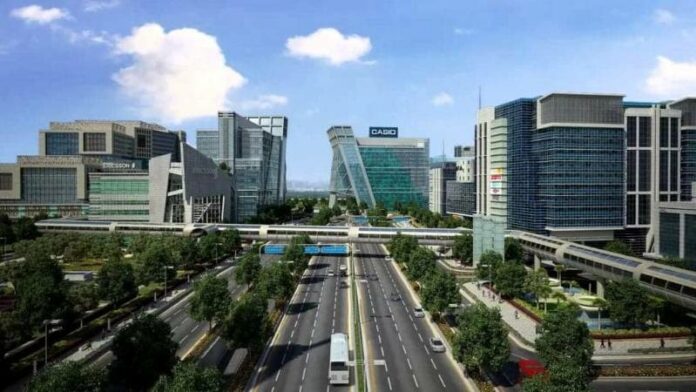 Prime Minister Narendra Modi said, ”It will be helpful for India to fulfill its dream of becoming the business capital of the world. “Because of this, many incomplete projects are being completed for decades now,” PM said, citing upgrade infrastructure outcomes in the last seven years across sectors, ranging from railway line electrification to gas pipelines, metro rail services, and mega food parks.

Literally by this project’s not only boost up the infrastructure will full but also the transporting system of our India’s. Union Minister Nitin Gadkari was said the ₹100 lakh crore-Gatishakti scheme will provide a framework for the National Infrastructure Pipeline program and make Indian products more competitive by cutting down logistic costs and improving supply chains.

It is the massive impact to the growth of our every sector’s plan, will the main chain we can say. Actually, it was launched in 2019, aims to have 11 industrial corridors and 2 new defense corridors -one in Tamil Nadu and the other in Uttar Pradesh. Expanding 4G connectivity to all villages is another aim. Adding 17,000 km to the gas pipeline network is being planned.

The scheme will help map the existing and proposed connectivity projects. Also, there will be immense clarity on how different regions and industrial hubs in the country are linked, particularly for remotest connectivity. A holistic and integrated transport connectivity master plan will greatly support Make in India and integrate different modes of transport. It will help India become the business hub of the world.

This will help in removing long-term issues such as disjointed planning, lack of standardization, problems with clearances, and timely creation and utilization of infrastructure capacities.

And also hope for increase the cargo capacity at the ports, Cargos movements on all national waterways and cargo increased in Ganga from 9 to 29 million MT. This project takes advantage of the more than 5,000 ships visiting the Mumbai Harbour annually, utilizing Pipelines connectivity for its deportation.

If we talk about highways, 2 lakh km of National Highways Network, completion of 5,590 km of 4 and 6 lane national highway along with coastal areas, all state capitals in the northeastern region to be connected with either 4 lanes national highway or 2 alternate alignments of 2 lane configurations each.

Author - November 22, 2021
0
Sony Network, the official broadcasting network of WWE in India, is getting ready to broadcast the 35th yearly edition of the WWE...