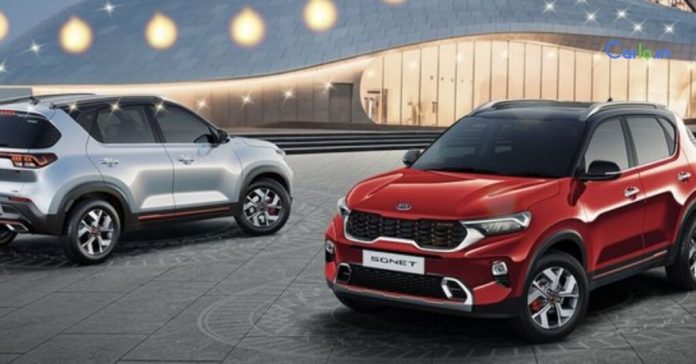 Earlier this month, Kia introduced its new brand logo, which resembles a handwritten signature. By mid-2021, the Kia Sonet and Kia Seltos, which are sold in India, will acquire a new logo from the automaker. Both cars will, however, continue to sport the tiger-nose signature grille.

The Kia Sonet was released in September 2020 in India. The compact SUV is reportedly priced from Rs 6.79 lakh to Rs 13.19 lakh (ex-showroom, Delhi).

The KIA Sonet has three powertrain options, they are;

The KIA Seltos also gets three powertrain options, they are.

Kia was India’s second-largest sales-related SUV brand in 2020. During the year, the carmaker sold 1,35,295 units cumulatively. Although Seltos contributed 96,932 units to sales, the share of Sonet stood at 38,363 units.

If we discuss individual SUV sales in India in 2020, at 96,989 units, only the Hyundai Creta had better numbers than the Kia Seltos. By 2027, seven next-generation battery electric vehicles will be launched by Kia. The first of these will be released in the January-March quarter of 2021 and will have a driving range of more than 500km and a high-speed charging time of fewer than 20 minutes, as the carmaker says. The electric vehicle will also be the world’s maiden model to showcase Kia’s new logo.