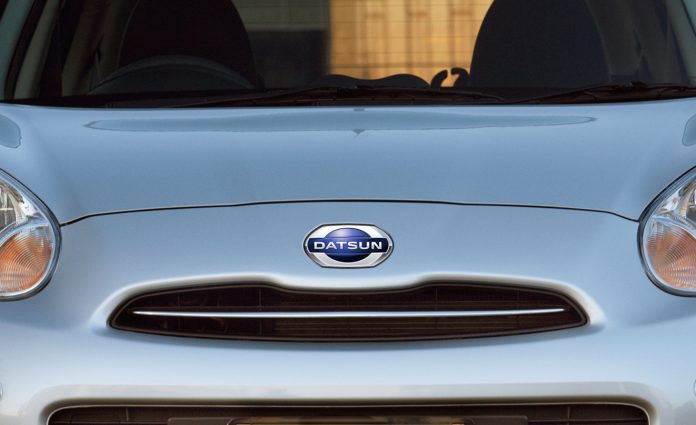 July 1, 2013: Nissan would be launching its low cost Datsun brand which it once phased out in 1981 and then later revived it in India on July 16. This launch is being done by Nissan as part of its strategy to revamp its entire range of cars and to capture 10 per cent market share of the Indian market. Datsun would be taking on players like Maruti Suzuki and Hyundai.

Speaking about the strategy of Nissan for coming years in India where it has already done an investment of Rs.4,500 crore Yomura Kenichiro, MD & CEO of Nissan Motor India said “India is a key strategic market for Nissan. Under the ‘Nissan Power 88 Plan’, we plan to grow our presence significantly to become a major cross-segment player based on new model launches and network expansion.”

Nissan as part of revamping its product portfolio is not only bringing Datsun brand but also giving a facelift to its vehicles like Sunny, Evalia and Micra. Taking a cue from Renault Duster, Nissan is all set to launch its own compact SUV ‘Terrano’ as well in July, which is considered as one of the big launches this year following the other launch which happened just a couple of days back Ford EcoSport.

The company which saw a dip in its sales has sold 36,995 cars in 2013 till now is planning to launch 10 new models in 2016. Nissan is planning to build up a strong dealer network and come out with great value products for Indian customers as part of its long term strategy.

Anandu R Nair - January 15, 2021
0
Hyundai Motor has announced that the upcoming Hyundai Kona N will be the next member of its high-performance N series. The vehicle...