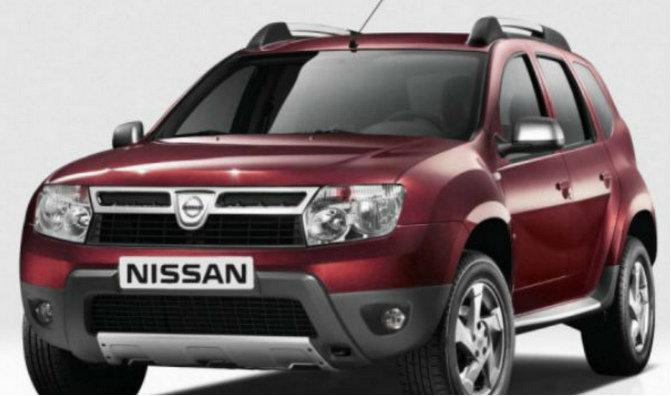 3rd August 2013: Nissan which has a tie up with Renault will be unveiling its compact SUV Terrano on August 20. Though Renault already has its Duster in this category, Nissan has slightly given a different look to its compact SUV Terrano. Terrano draws its basic characteristics from its partner Duster, the sketches which are available on the online platform since last two months shows that it has got a new bumper, headlamps and grille and a tail lamp design like that of Ford Ecosport.

Nissan Terrano would be having the same 1.5 lt dCi engine which powers Renault Duster under its hood but it is yet to be known if the company would be launching a 1.5 litre petrol engine model. Though there are reports that Nissan would be pricing its Terrano at a premium than Renault Duster, it needs to be seen if they will go ahead with that strategy particularly when its major competitors like Maruti Ertigra, Mahindra Quanto and the newbie Ford Ecosport are all aggressively priced.

The compact SUV market in India in recent times has really started hotting up and has seen a lot of new launches and they have been well received by the Indian consumers as well. With the launch being done in the festive season beginning October, the industry will be watching the initial bookings of Terrano with its fingers crossed and all expectations would be that it repeats the magic of Renault Duster.

admin - February 26, 2021
0
~ IIM Ahmedabad’s JSW – School of Public Policy hosted the interactive session on the theme: The Economic Rebound and the Indian Economy...