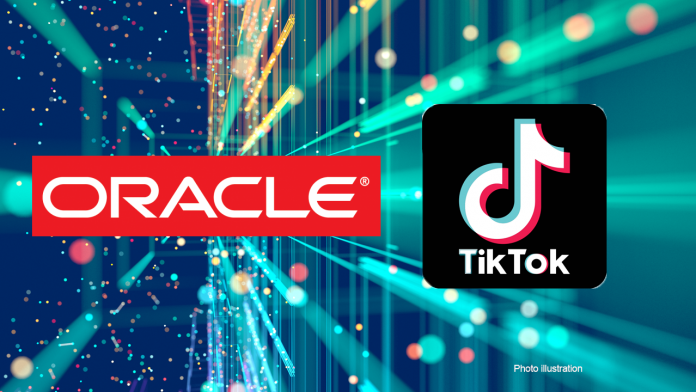 According to various reports Oracle is in discussions to buy TikTok. It is heard that the social video app that may be blocked soon in the U.S because of national security. The U.S government claimed that ByteDance who owns TikTok is sharing the personal information of Americans to the Chinese government so they are planning to ban the TikTok.

The US Government has been pressurizing ByteDance to sell the U.S operations or either ready to face losing access to the world’s best digital advertising market. The bidding war will be ending soon by the arrival of the Oracle and it helps ByteDance getting a higher price on TikTok.

Oracle’s main interesting area is in Enterprise software and database applications. The acquisition will help oracle to grow into the consumer market and gain access to a huge amount of customer data. Microsoft is also proposed TikTok for the acquisition. Microsoft is another major software company whose business is much more diversified outside of the corporate market. Microsoft has a chance to own the operations of TikTok in the U.S. and other English speaking nations.

Microsoft has been in negotiations with ByteDance for several weeks to purchase parts of TikTok.The attempt that grew more rapidly as the Trump administration raised pressure on the Chinese firm to sell its U.S. operations or risk a ban. Microsoft is better than Oracle to make the deal with Tiktok because Microsoft has a $136 billion value in cash and a $1.6 trillion value is in the market. As the operator of the Xbox gaming system and the Bing search engine, Microsoft has more experience with consumer-facing brands.

Oracle had $37.2 billion in cash and equivalents and a market valuation of $169 billion at the end of May. It can easily raise funds from venture capital companies with large investor networks. Trump is also interested in Oracle’s acquisition of TikTok’s U.S operations. The Oracle CEO Larry is one of the main supporters of the president during the fundraising event for the re-election held in February.

The TikTok users in the U.S are nearly increased from October to March to 52.2 million. Twitter has also shown to purchase the TikTok, but its bid is considered a long-shot because Twitter is not as well-financed as Microsoft and Oracle.

Passionate In Marketing - November 20, 2020
0
The official announcement was made by Ariel that it was bringing its laundry POD products to India last week. The company had...