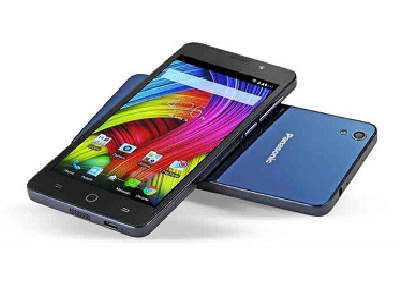 Detailing on its specifications, the Panasonic Eluga L 4G is almost identical to its 3G variant except for a few changes. The handset comes bestowed with a 5 inch HD display with a resolution of 1280×720 pixels and a pixel density of 294 pixels per inch. The handset is protected with the help of Corning Gorilla Glass coating at its front and rear.

Under its hood, the Panasonic smartphone is powered by a 64 bit 1.2 GHz quad core Snapdragon 410 processor backed by a moderate 1 GB of RAM for multitasking. The Eluga L 4G bundles 8 GB of internal storage space that can be expandable up to 32 GB with the help of a micro SD card slot.

For imaging, the Panasonic Eluga L 4G features an 8 MP main snapper with auto focus and LED flash and there is a 5 MP front facing selfie shooter as well onboard. A 2,000 mAh battery energizes the smartphone that is based on Android KitKat operating system preinstalled along with the custom Fit Home UI.

Connectivity wise, the Panasonic offering is packed with aspects such as 4G LTE, dual SIM functionality with one supporting 4G and the other for 3G, Wi-Fi and Bluetooth.

When it comes competition, the Panasonic Eluga L 4G might face a stiff rivalry with Xiaomi Mi 4i and Asus Zenfone 2 ZE550ML that are better specced.

Author - December 6, 2021
0
Biden scored a victory in the international sphere after he convinced the Saudis and the Opec+ to increase their oil production to...