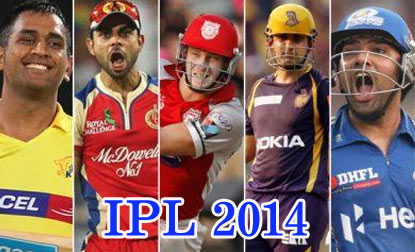 May 22, 2014: Though PepsiCo is the official beverage sponsor of all IPL teams and has the right to serve its drinks in all the stadiums the Pepsi & Coca-Cola war refuses to die down this summer season. The cola war has spilled over to the streets and much of the action is happening outside the IPL stadiums. The scene outside the IPL stadiums is such that both the arch-rivals are aggressively trying to woo the cricket fans with their cola offering. Though strict anti ambush marketing measures are being implemented by BCCI to protect the sponsors, outside the stadium it is free for all.

Coca-cola is not only selling its cola outside the stadiums but also giving out samples of its Rs. 5 cups through a new low cost mobile vending machine. Speaking about the strategy, a Coca-Cola spokesperson was quoted as saying “In keeping with our strategy of making more and more consumers sample our products, we leverage congregations and meetings. Cricket tournaments are a good option as are festivals, rural haats and bazaars.” Though Coca-Cola claims that it is being able to make its presence felt outside IPL stadiums, PepsiCo believes that the competitor has not made much headway.

A spokesperson of PepsiCo said “The fact that we were able to not only anticipate our competitor’s moves but also counter them effectively, ensured that there was no ambush whatsoever.” PepsiCo has been aggressively using movable branded sign boards and making the promoters, merchandise sellers and face painters to wear Pepsi T-Shirts to negate the presence of Coca-Cola. Both the cola majors have also involved salespersons to directly sell the drinks individually apart from setting up kiosks. In the last IPL session both the cola rivals have fought a pitched battle and this time also the mercury is at all time high and refuses to die down.