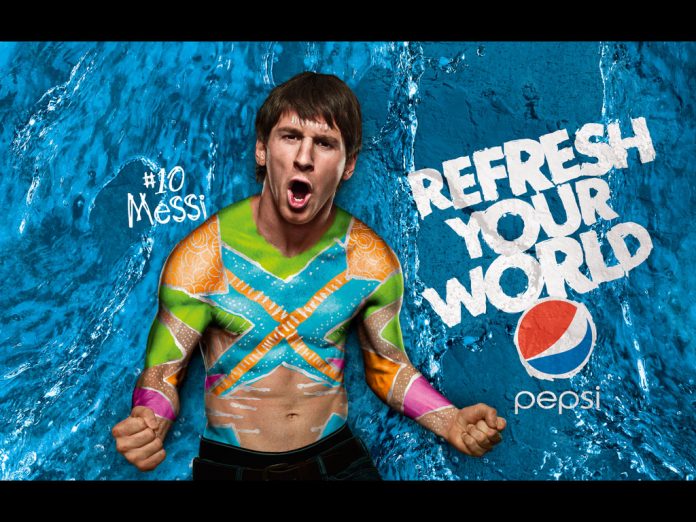 June 20, 2014: As the Football World Cup fever hots up so does the war between rivals PepsiCo and Coca-Cola. A recent campaign planned by PepsiCo around the ongoing football World Cup has raised a quite a few eye brows and Coca-Cola has already started dubbing it as Ambush Marketing. PepsiCo India has lined up a new promotional campaign called ‘Perfect Consumption Match’ targeting the football World Cup which is officially sponsored by Coca-Cola. The company would be selling packs of beverages and snacks and for this have tied up with Mumbai based all night deliver service Fly By Knight to cash in on late night snacking. A pack of snacks which costs Rs.80 will include the new flavours of Lays and a can of Pepsi.

Though some experts do believe that this is Ambush Marketing since Coca-Cola is the official sponsor of the football World Cup, PepsiCo has a different view on this. Some believe that it is a tit for tat strategy since Coca Cola was seen selling their colas during IPL matches and incidentally PepsiCo is the official sponsor of IPL. Denying that this promotional campaign is ambush marketing a spokesperson from PepsiCo was quoted as saying, “PepsiCo is not a sponsor of Fifa, none of our campaigns are associated with the tournament. For the past 15 years, we have been running annual football programmes and the 2014 campaign is the latest.” The spokesperson further added that, “Through our extended consumer research and social listening, latenight snacking and TV watching is emerging as a great space that our brands can appropriate to drive brand connect and consumption opportunity.”

PepsiCo would be promoting this campaign on social media and various Google channels.

Passionate In Marketing - September 21, 2020
0
The product is free from hazardous chemicals, safe, effective & very economical. Also, the product has been introduced in line with GOI’s...