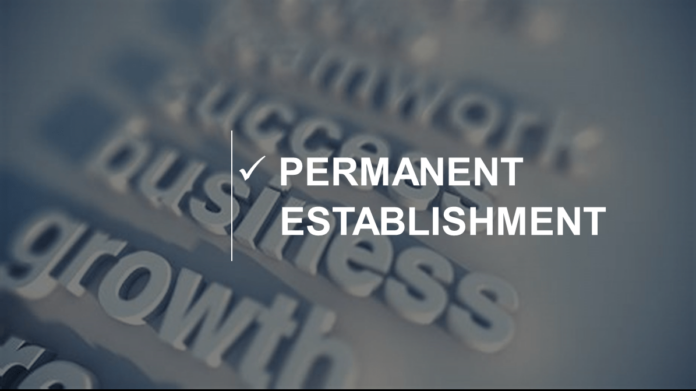 Cross-border investments and technological cooperation have accelerated the process of India becoming one of the fastest developing nations on the globe. Charging tax on foreign firms is a challenging task now.

Whereabouts of the firm are the significant factor that determines International Taxation. Place of income, source of income, and presence of the company in India are taken into consideration.

Due to the increasing presence of global business in India, the conception of Personal Establishment or PE is obtaining significance.

Permanent Establishment: “The word Permanent Establishment postulate the existence of a substantial element of an enduring or permanent nature of a foreign enterprise in another, which can be attributed to a fixed place of business in that country. It should be of such nature that it would amount to a virtual projection of the foreign enterprise of one country onto the soil of another country.” This is how Andhra High Court interpreted PE in the 1983 CIT Vs Visakhapatnam Port Trust Case.

In simple words, we can say that, when the earnings of a company are consolidated in India, it is subject to taxation in India. The income of the firm, from India, will be a tax determining factor.

Fixed place PE: When the business is fixed at a particular location (within the campus of another firm is also considered) for a specific period of time, it comes under fixed place PE.

Service PE: When a foreign firm is providing services directly or indirectly in India for a specified time period, it comes under Service PE.

Agency PE: When a person staying in India is representative of the actions of the foreign firm, then he or she is acting as the firm’s agency in India. This is subject to agency PE.

Subsidiary PE: This comes when the actions of a parent firm are carried out by a subsidiary firm.

Permanent Establishment is an imperative idea for international firms. A company carrying out its business will have certain obligations to that foreign country and it includes taxation.