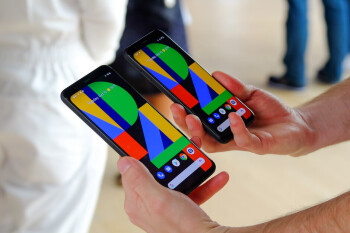 It’s no secret that, in the coming weeks, Google plans to launch the Pixel 5  globally.

In fact, it revealed this much earlier last month at its launch of Pixel 4a.  However, the exact launch date for Pixel 5 is now apparent.

Google Pixel is a brand of Google’s digital electronic devices running either Chrome OS or Android. The first generation Chromebook pixel debuted the Pixel brand in February 2013. Laptops, tablets and smartphones and different components included in the pixel line.

The telecommunications company Vodafone is preparing to launch the Pixel 5 in Germany on September 25, according to an internal document spotted by GSMArena. Although this does not provide confirmation, it does serve as a strong hint that the launch of the Pixel 5 is just around the corner.

Interestingly, the price of the device has not been mentioned, but an earlier leak tied the Pixel 5 to the pricing of $629. If that happens, the result would be $100 cheaper than Pixel 4 then at its launch.

If we talk about the specifications of Pixel 5, it could come with a 4,000mAh battery pack. The smartphone is powered by a Qualcomm Snapdragon 765 G processor and up to 8 GB of RAM and 128 GB internal storage.

Concerning the other specification, previous leaks revealed that the screen of the Google Pixel 5 could have about 5.8-inches. It is expected that the display will run at 90Hz which will compete with several flagships rivals in the market. There are also suggestions of the Pixel 5 with the Snapdragon 768 G SoC which is slightly more powerful.

It is reported that Google Pixel 5 can be launched in two colour variant green and black. Besides, the Pixel 4a 5 G could be sold in a single black colour, also on the same day. However, the Pixel 4A 5 G has another white colour version which will be available from October.

Yet, for Pixel fans in India, these announcements do not make any difference. It would be prudent to know that phones apparently can’t go on the Indian market before we start to get over-excited about it. Google also announced that the Pixel 4a 5 G or Pixel 5 will not be launched in the country. In India later in October this year, only the Pixel 4a 4 G variant is launched.