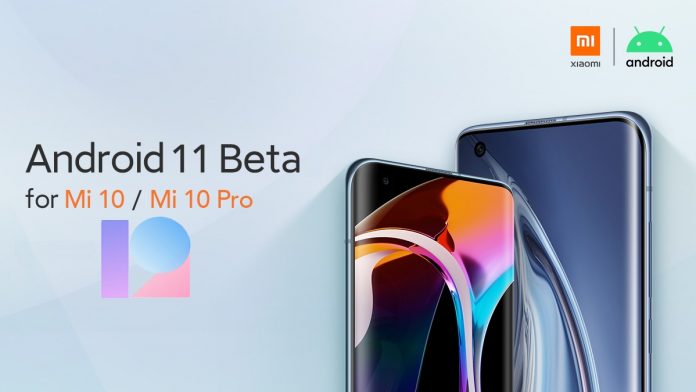 Google revealed on Tuesday that there is going to be a new 11-update to Android soon. It’s the first time the new Android update isn’t limited to Pixel devices alone. The company reported in Google’s official blog that the latest update would come to devices such as Pixel, OnePlus, Xiaomi, Realme and Oppo. There are certain features, however, which will remain exclusive for Pixel phones.

Xiaomi will soon to reveal that the first batch of Xiaomi devices receiving the Android 11 update would be Mi 10 and Mi 10 Pro Global ROMs. Android’s new iteration comes with other intelligent features which come with MIUI 12. This update is completely designed for effortless communication management and smooth smart device power according to a post written on the company’s forum.

MIUI 12 features a new interface with realistic animations and visualisations that the company claims to have.

Android 11 allows users to monitor their communications through several messaging applications at one location in the notification panel. Latest features allow users to respond to messages right from the portion of the drop-down notification. The update to the OS also helps users to arrange conversations based upon their preference. Previous conversations may be shown on the lock screen, and the Do Not Disturb setting can “break through.”

Bubbles in Android 11 can float in top alongside other apps and be available to users in various circumstances. Bubbles can be extended to expose complete functions of the application, which can break if not used. It is a valuable tool allowing users to do better multitasking and never miss crucial messages.

The phone becomes a “digital wallet and keys” providing just one-touch path to operating connected smart devices for users with no need to open additional applications. Users can enjoy smoother and more seamless media switching as well as experience wireless Android Auto functions on their phones for quicker and easier access to their smart devices. Enter “Settings” and go to “Display” to use Device Controls, tap “Control Center & Notification Shade” and activate “Use New Control Center.” Customer can access applications to the control centre’s “Smart Home” list, and directly manage connected devices.