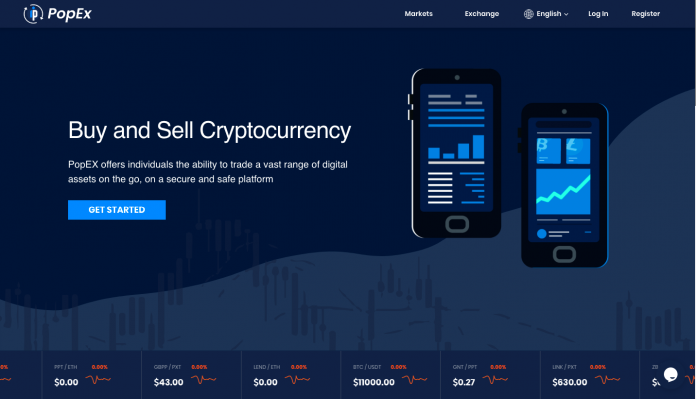 Populous World, the company that owns the Populous Invoice Platform ‘PIP’ has officially announced the launch of the Populous Exchange ‘PopEx’. The main objective of PopEx is to further bring the world together with the world of crypto and traditional finance under one roof, thus making it a lot easier for the users to access and trade various cryptocurrencies. They also give the users direct access to traditional financial markets such as invoice finance via the PIP.

PopEx has been built with the same and enhanced security design which is currently used by the Populous Invoice Platform. The wallet functionality of the PopEx has now been connected to the PIP making it the one place for depositing and withdrawing your tokens to use on the PIP. This also includes major updates to the PIP platform, removing and optimizing the use of smart-contract in favor of the exchange.

This would ensure that there is no need to wait for smart contract deposit addresses to be generated for instantaneous deposits and withdrawals for the investors. For invoice sellers, they have mainly focused on the speed of uploading invoices i.e. connecting various accounting services such as Sage and Xero to allow users to seamlessly sync hundreds of invoices, and get going auctions on the PIP platform.

Steve Nico Williams said that they have not only built a world-class exchange that integrated with their invoice platform, but they have also obtained regulated approval to conduct business in the areas of exchange trading and custody of crypto currencies.

To remunerate loyal holders of the Populous World’s PPT and PXTtokens, they have introduced a stake-based fee system. The more one holds PPT or PXT in their account, the lower will be the fee on subsequent trades. PopEx has been designed and built by an experienced team of Financial and crypto officials. They understand the importance of integrity and security when it comes to offering innovative world-class products and services.

Populous World is a company that follows and operates a P2P invoice finance platform. The platform is firmly built on Blockchain technology. The company connects invoice buyers and business owners without the need for third parties.