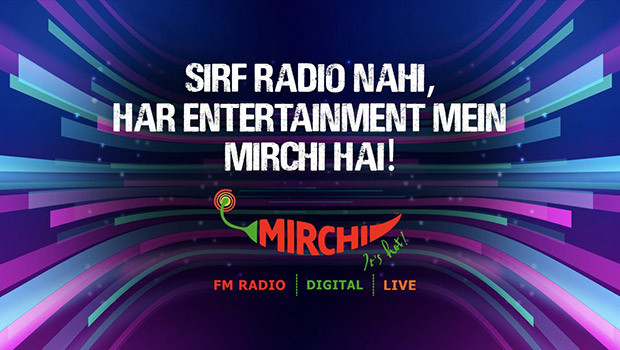 A new brand identity was introduced by Radio Mirchi. The radio brand has undergone a full redesign after 19 years and has just turned to Mirchi. The brand has thrown down the word radio from its logo, highlighting in its “Sirf Radio nahi, har Entertainment Mein Mirchi Hai” campaign. The branding shift shows the capabilities of Mirchi for hyperlocal, multi-format, and multi-platform content & solutions that cut into Digital, Live, and FM.

Commenting on the launch of the new identity, Mirchi, Managing Director & CEO, Prashant Panday, says, we have established a strong brand for more than two decades. Over the last few years, we have expanded into content capabilities across multiple formats and platforms. Mirchi stands for all entertainment and focuses on developing different paths and marquee content to be part of the life of its customer, regardless of the consumer channel. Mirchi is available everywhere, whether it’s radio, digital, or live events, connecting everyone around the world with unlimited entertainment. The FM arm of Mirchi features such channels as Mirchi, Mirchi Love, and Kool.

Within the LIVE offering, the brand will continue its on-ground and virtual activities, including Mirchi Music Awards, Mirchi Neon Run, Mirchi Cover Star, Mirchi Spell Bee, and Mirchi Rock N Dhol. New media properties such as Online Radios, Mirchi Originals, Mirchi Murga, and Filmy Mirchi, among others are the priority of the Digital Business Arm. Our strategic pivot from a pure-play radio business to a full-suite solutions provider for our customers and advertisers is illustrated by the new brand identity. This marks the start of a new age for us and highlights our transition to becoming the No. 1 city-centered music and entertainment business in India. Mirchi will launch the album, “Sirf Radio nahi, har Entertainment mein Mirchi hai” featuring India’s leading artists, as an extension of this new identity launch.

An A to Z video series will also be launched by the company, where each alphabet reflects an entertainment role or content produced by the company since its inception. Today, Mirchi has grown beyond just radio; thus, on platforms such as Ganaa, MX Player, YouTube, Amazon Alexa & Echo devices, Instagram, FB, and much more, consumers can capture the variety of content coming from the Mirchi franchise.