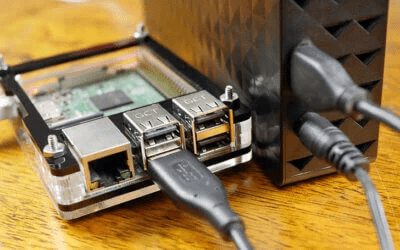 In a world where technology is advancing and, everchanging Raspberry Pi has left an impact in the IT field. This mini version computer is the pride of the Raspberry PI Foundation.

The original aim of the innovators was to find a method to intrigue people by inventing a handheld version of the computer. Raspberry Pi didn’t just do that but exceeded everyone’s expectations by fulfilling many functions. The minicomputer is a board that contains an embedded processor (RAM) and at the same time. Its equipped with an audio interface, Lan, and USB. Depending on the model, the main parts of the device are constantly improved and updated. The device offers many more resources for study, work, and leisure in its more innovative models.

The device is capable of a wide variety of uses. It can be used as a training platform for research purposes, data analysis as well as entertainment. It can also be used as a base for software learning. By installing various programs that are not limited to a media player, browser, and other such apps you have in your hands a tiny cheap computer. You can also turn the minicomputer into a workstation by connecting it to good speakers. For people who have their blog or website or anything of that nature the thought of paying for hosting every single time is quite daunting. With this, you can now host your web projects by creating your very own fully-fledged personal web server.

Another application of the Raspberry Pi mini-computer is when it comes to Artificial Intelligence. Raspberry Pi has introduced methods that help train AI by using a user-friendly interface and the work of real people. In a way, we could say that by human actions we improve complex systems which would, in turn, perform different functions that come under the scope of recognizing objects, analyzing the situation, and saving financial and labor resources while at the same time optimizing production.

Robots that were considered fictional are now something that has a major impact throughout the globe. By using your very own Raspberry Pi you can construct your robot.  These robots are controlled, using algorithms based on Raspberry Pi or utilizing radio transmission, Bluetooth, or wi-fi. Robotics is an important thing. It is also why major corporations are collaborating with the Raspberry pi. So that they can reduce the number of defective products and at the same time increase productivity.

So far, we have seen that Raspberry Pi is for various complex human activities. But once in a while, all we need is a way to chill and relax. A great way to clear your mind is by playing a computer game. Games are an exhilarating way of storytelling. Since the Raspberry Pi is capable of competing with top-of-the-line smartphones, Games that run on mobile devices can be played on the Raspberry Pi as well.