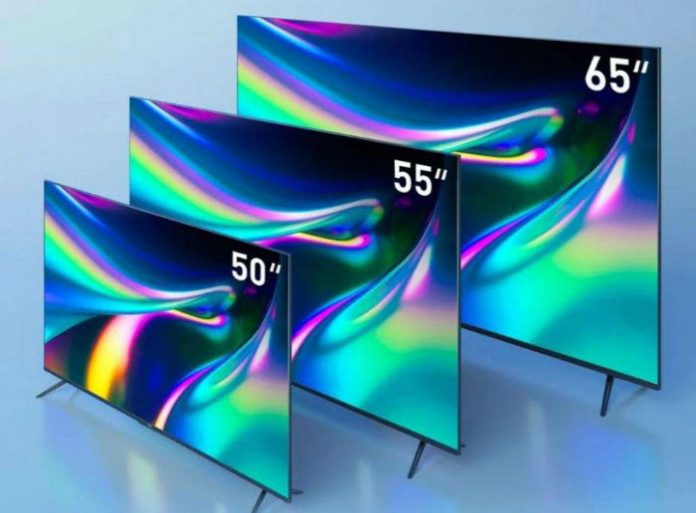 Over the last two years, Xiaomi has successfully managed the smart TV market in India. The company has launched a couple of smart TVs in India. Mi QLED 4K  TV had launched towards the end of 2020. In 2021, the company has been tipped to flagship the model by announcing televisions under the Redmi brand name. Redmi has a legacy in selling smart TVs in China. The company is looking forward to doing the same in India. The tipster claims the Redmi TVs will launch in India by March with feasible price tags.

While there is no idea is gone out on the models that may come to India, as the report states, there is a chance the brand may be launching the Redmi Smart TV X series that launched in China in 2020, in size of 50-inch, 55-inch, and 65-inch. Hence, there is a chance that Xiaomi will be targeting the lower ends of the smart TV market by the brand name Redmi in India. The Redmi Smart TV X series is currently available only in China. As I mentioned, there are three variants available right now with the Redmi Smart TV X50 that starts from less than CNY 1999, approximately INR 21,000. The Smart TV X55 costs CNY 2,299, approximately INR 24,400, and the top-of-the-line Redmi Smart TV X65 costs you CNY 3,299, approximately INR 35,000. The Redmi Smart TV X series features include that the TV comes with bezel-less screens with a 97 percent screen-to-body ratio. Instead of a plastic frame, the TV features a metal frame on the existing Mi TV 4 models, and it comes with a 4K panel that comes baked in with a 60Hz Motion Estimation and Motion Compensation (MEMC) algorithm. The TV chipset comes by the quad-core with the processor Cortex A73 cores and Cortex A53 cores. It carries 2GB RAM and 32GB of onboard storage. The operating system used in TV is the Chinese version PatchWall UI based on Android AOSP. While coming to the audio, the X series comes with an eight-speaker unit of four 12.5W speakers and supports Dolby Audio.