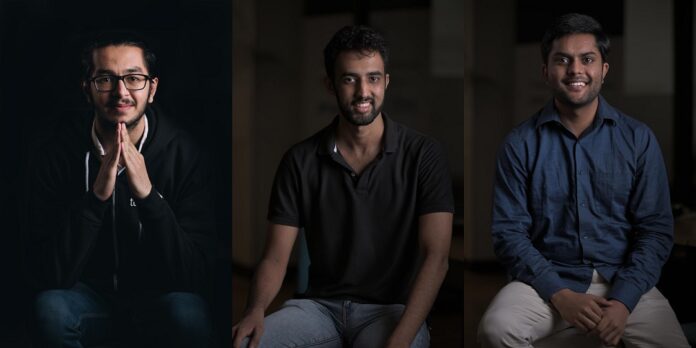 –        105k users logged on to NotJustACadburyAd.com to create their own version of the ad starring SRK

Having garnered an overwhelming response from the audience, this true masterpiece campaign – an amalgamation of creativity and technology – has bagged The Titanium Lion Award at The Cannes Festival – a first for the country!

Rephrase.ai’s generative AI tech can create digital avatars of real humans and create personalized videos using that avatar. Cadbury along with Ogilvy crafted a campaign idea keeping Rephrase’s tech abilities in mind – to create “Not Just a Cadbury ad” but an ad for small business owners across the country.

Ashray Malhotra, CEO and Co-founder Rephrase.ai, , “To align creative storytelling, intelligent advertising, and inspiring filmmaking with AI guidelines was a collaborative journey. Rephrase worked in tandem with the creative and production teams to map this narrative without compromising on the charm of Shah Rukh Khan and the warmth of Diwali. This campaign is the perfect example that demonstrates the power of the Generative AI technology we’ve been pioneering for the last 3 years. We are proud to be defining the path for personalized customer interactions!”

In the past, Rephrase.ai has created a single digital avatar of celebrities to then serve personalized videos to users. However, for this particular campaign, the narrative involved 5 different sub-ads within it – one for each of the 5 categories of stores (Fashion, Footwear, Optics, Kirana and Electronics) in the Cadbury distribution network. So Rephrase.ai did something unimagined!

For the first time ever, Rephrase.ai took up a challenge and created 5 different digital Avatars of shah rukh khan where the actor is in different positions and expressing different emotions.

Quote by Shivam Mangla, Co-founder Rephrase.ai, “We also productionized an early version of our in-house voice cloning technology which was made in less than 2 months as it allowed for scale and control.

The campaign resonated with millions of business owners and this brought up a challenge of scaling and doing so in real-time. We went from 1k personalized videos per day to almost 20 times the volume within 2 weeks, so every innovation, all development was essentially taking place in two shakes of a lamb’s tail.”

As the tech and innovation behind the execution of this campaign was the best, one of a kind and unheard of in the entire industry, it obviously yielded unprecedented results

●     105k users logged on to NotJustACadburyAd.com to create their own version of the ad

This case study is widely regarded by the media, people and the industry as not only the best campaign for Diwali 2021, but also a stellar example of how media, creativity, and tech come together to create meaningful connections with brands. The campaign has further opened up huge possibilities of Al-based innovations that other brands are trying to leverage now.

It is also worth noting that while YouTube ads policy does not allow or entertain synthetic media in its platform, Rephrase.ai generated videos were white listed and allowed to be advertised for the first time ever owing to their ethical practices and policies.