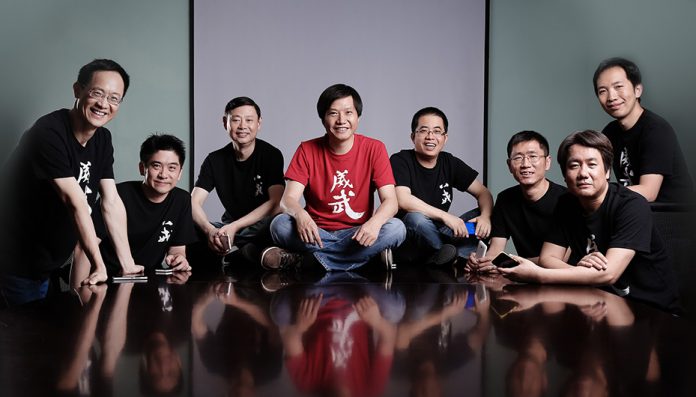 Xiaomi is having a dream run in the Indian market and the company is looking to replicate its success in Indonesia, Russia, Ukraine and Vietnam. If everything goes fine and according to plan then they will launch in US as well. Outside China, India is the biggest market for Xiaomi. According to analyst firm IDC, Xiaomi India has become the number one selling smartphone brand in the online market, with 29.3%. In the smartphone segment it has grabbed the No 2 position as of December 2016, with 10.7% market share.

The euphoric sentiments of the company officials are reflected in a interview which Founder and CEO Lei Jun told Economic Times in an exclusive interview He said “Xiaomi India journey has been way beyond our wildest expectations and dreams. According to IDC we are number one in online. In last two quarters, out of three phones sold online, one is a Xiaomi phone. “

Xiaomi’s growth story in India has been commendable with the company clocking over $1 billion of revenue in India in 2016. The company is buoyant with its performance in India and expects to clock $15 billion in overall revenue globally by the year end.

The company which started making Xiaomi phones locally with Foxconn in Andhra Pradesh in 2015  sold more than 4 million devices over last year. In March 2017, the company sold 250,000 units of the Redmi 4A priced at Rs 5,999, on Amazon.com within four minutes. The road ahead for Xiaomi though looks rosy it has to grapple with a host of issues primarily being supply and manufacturing.  According to Lei Jun “Our biggest challenge has been supply and manufacturing. In our latest Redmi 4A sale, we sold 250,000 phones in just 4 minute. This also means a lot of users who want to buy our products could not get our products and had a bad experience.”

Though the company now locally makes 95% of the phones it sells in India has not been able to maintain supply even after opening a second manufacturing plant. The company would like to fulfill the demand of the Indian market before looking at catering to international markets. Xiaomi is looking forward to open a third manufacturing plant to expand its production and resolve issues around shortage of supply.

Xiaomi as part of its rapid growth plan is setting up local ware houses and service centers. According to Manu Jain, Xiaomi India MD, “We are setting up a third warehouse in Delhi NCR, we are doubling the number of service centres from 250 to 500 by the mid of this year.”

Founder and CEO Lei Jun  finished his interview by saying “In the past few years after hitting some of these obstacles we have intentionally slowed down and we want to build upon a stronger foundation.” He add that, “Even in the toughest years, like last year, we were actually able to achieve some growth.” He further said that the company had a lot of cash and did not require any new funding at the moment.

With onslaught by the other Chinese players i.e. VIVO and OPPO which has been making strong inroads into the Indian markets it remains to be seen if Xiaomi will be able to achieve the projected growth. It also depends on how deep their pockets are. Recently LeEco was in news about the parent company exhausting all its cash reserves because of aggressive spending on Marketing. VIVO and OPPO have been strongly developing the offline mode of distribution and focusing very little on the online route. They have been recently involved in some high octane promotions and giving a strong Phillip to their brand.

Passionate In Marketing - June 24, 2014
2
June 24, 2016: As the usage of smartphone increases across the globe, the manufacturers are trying their best to woo customers with more and...

Amazon uses logistics to surpass Flipkart in the Diwali sale

Extracting consumer trends from social media conversations- Are they reliable?

Competition in Consumer Durables market hots up this festive season

Oyo Rooms, Zo Rooms Face a Downfall Due To Glitches