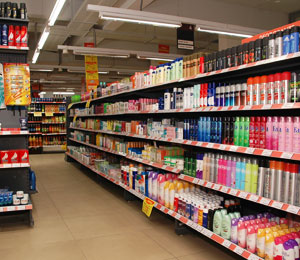 August 31, 2013: According to a major study done by AC Nielsen sales growth of a dozen key consumer goods categories has gone down in the June quarter when compared to previous quarters and in the earlier year period. The slowdown has been felt in categories like shampoos, skincare, soaps, food items and packaged groceries

AC Nielsen data shows that in the June quarter FMCG sales grew at just 11 per cent when compared to 12 per cent in March and 17 per cent in June the last year. The companies which recorded low sales figures include Marico, Emami, GSK Consumer, Dabur, Hindustan Unilever, Godrej Consumers, ITC, Nestle and Colgate India. These companies recorded a growth of 13 per cent which is far less than what was recorded in June last year. In June last year they recorded a growth of 22 per cent.

Mr. Harsh Mariwala, Chairman, Marico on this latest statistics was quoted as saying “The overall FMCG sector is seeing a slowdown in the last few quarters from double-digit growth few quarters ago to around 2% volume growth now.” Nitin Paranjpe, CEO, Hindustan Unilever was quoted as saying “There is a general slowdown across categories. We are witnessing a significant slowdown from early 2013 to the middle of 2013.”

Though the current trend seems not to be in favour of FMCG companies but the industry is hopeful that good monsoon rains together with a boost in manufacturing will work in its favour. But sceptics rule out the chance of revival in future especially because of the free fall in rupee.