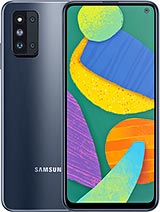 Samsung Galaxy F52 5G was recew launched in China on as a follow-up to the 4G-only Galaxy F62 which broke cover in India in February this year with a Galaxy Note 10 processor and 64MP quad cameras on the back. The F52 5G has an upgraded 5G-ready Qualcomm Snapdragon 750G SoC and as faster 120Hz screen but takes a hit in almost all the other areas including screen quality, cameras and battery capacity.

The dual-SIM phone runs Android 11-based One UI 3.1 software.On the software side, we have Android 11 with One UI 3.1 on top. The smartphone also comes with several third-party apps, which are uninstallable. Rounding off the package are a 4,500mAh battery with 25W fast charging and side-mounted fingerprint scanner for biometric authentication. The F62 starts at Rs 23,999 for the base variant with 6GB RAM and 128GB storage. The top-end model of the phone with 8GB RAM and 128GB storage costs Rs 25,999. Whereas, In China, the phone will retail at a price of CNY1,999 for a version with 8GB RAM and 128GB storage and is available for pre-order now. Though, its Global availability and pricing are yet to be announced.
The phone will be available in two colourways: white and black.

Author - September 14, 2021
0
Vidya Balan, a remarkable Bollywood actor, says women in India, are being depicted in a real way in movies and she’s happy...

The science behind FMCG areas of interest