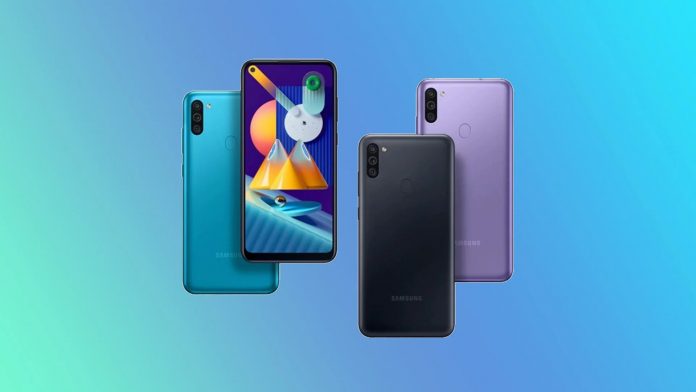 In the Galaxy M series, Samsung has reduced the prices of two of its lowest smartphones Galaxy M01 and Galaxy M11. In the budget range, both smartphones are available. Samsung Galaxy M01 has been cost reduced from Rs 8,399 for the 3 GB RAM and 32 GB internal storage version at Rs 7,999.

Samsung Galaxy M01 released along with the Galaxy M11, Samsung launched the Galaxy M11 in June, and it’s the second price reduction for the cheapest Smartphone. The smartphones were released early in June.

A 5.71-inch HD+ Lcd screen with a resolution of 1520 x 720 pixels and a water-drop notch is equipped with the Samsung Galaxy M01 that the firm points to as an infinity-V screen. Under the hood, the handset sports a 14 nm process-built Qualcomm Snapdragon 439 SoC, while the Adreno 505 GPU handles the graphics tasks. The smartphone has a dedicated Micro-SD card slot with 3 GB of RAM and 32 GB of storage.

A 6.4-inch HD+ LCD monitor with a resolution of 1560 x 720 pixels and a punch-hole-notch is equipped with the Samsung Galaxy M11 that the company calls the infinity-O display. Under the hood, the smartphone sports a 14 nm process-built Qualcomm Snapdragon 450 SoC, while the Adreno 506 GPU handles the graphics tasks. With a dedicated Micro-SD card slot, the smartphone packs up to 4 GB of RAM and up to 64 GB of storage. With a main 13 MP lens, a 5 MP ultra-wide camera and a 2 MP depth sensor, the Galaxy M11 comes with a triple-lens setup. An 8MP lens is a front-facing snapper.