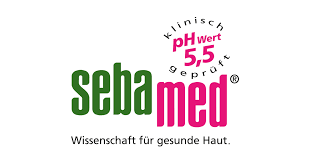 According to a top company official, Sebamed which is the German personal care brand aims to grow 10 times the size in the next five years. Recently the company tried to disrupt the fast-moving consumer goods market by comparative advertisements getting higher pH in the beauty soaps from the HUL which is the market leader, they are planning to pace up its distribution network across channels so that it can reach up to 100 cities by the end of the year and invested in the brand building. Shashi Ranjan the Head of Sebamed India was quoted as saying that based on the MRP terms showing the portfolio run rate, he claims that their revenue is Rs 400 crore per year and they have a goal to grow 10 times in the next five years.

Now the company has grown about five times in the last five years, so far it has been right on track to achieve the target. In the Indian market, Sebamed operates in baby care and personal care. Through the prescription-based sales from doctors and dermatologists, the Sebamed had earlier operated in India, and in 2018, through traditional channels, it started FMCG sales. An ad war has happened between Sebamed and HUL after when German skincare firm had said that HUL beauty soaps Dove, Pears, and Lux, had higher pH which is harmful to sensitive skin. Sebamed had compared Lux and Pears with Rin which is a detergent bar and also pointed out that due to having pH neutral Dove is an inferior product in the ad. According to Ranjan, the entire strategy revolved around empowering and educating so that while purchasing they can make the right choice when asked about the ad. They have followed the law of the land and they believe that they have made the right approach to make them realize the skin type and standard which was also pointed out by Ranjan. It was a part of thoughtful marketing plans according to the company and strategy and comparison of pH was just one step in that. The brands are having different ideas compared to the pre and post-Covid pandemic. The brands are trying to compete with among each other in these hard times. This year is witnessing a different approach of the brands in India.

Jasmin Bindu - February 26, 2021
0
The government intends to complete and settle all the transactions with the shortlisted bidders for fuel retainer-cum-refiner BPCL and national carrier Air India (AI) once they...