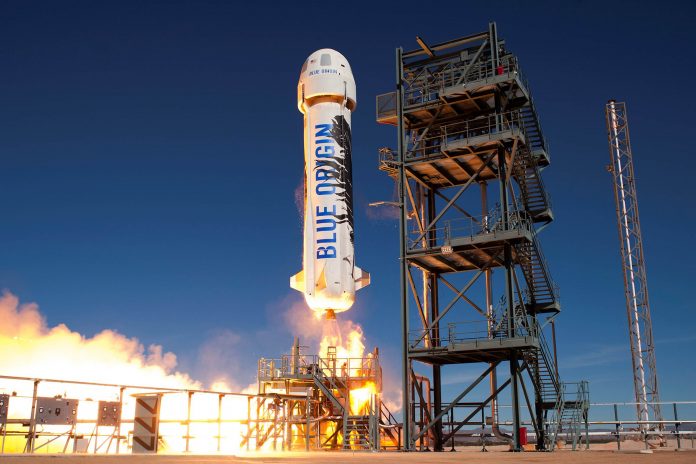 Space tourism is still a work in progress, it has its highs and lows, and certainly not something that an average human can afford. It will take a long while till it becomes even affordable to even the medium affluent people.

Discovery announced live coverage of the first flight of the Blue origin founder Jeff Bezos on Tuesday, July 20. The program had aired live on both Discovery and Discovery Science channels. The live show, ‘Space Launch Live: Jeff Bezos and Blue Origin go to Space,’ was anchored by the Discovery’s Chris Jacobs from the DC studious, Washington and was featured on-the-ground analysis from astronaut Leland Melvin, Dr. Ellen Stofan, the Smithsonian’s Undersecretary For science and Research and a team of experts from the Smithsonian Air and Space Museum. The program was co-produced by Discovery, The Washington Post, and Storied Media Group.

The live coverage drew the attention of tens of thousands of millions all over the world, who were eagerly waiting to see the lift-off, of one of the most anticipated forms of tourism. The live coverage included the latest developments alongside real-time analysis and commentary from the top journalists. The launch was a historic feat for mankind; this has enkindled an appetite for space tourism. There was no onsite viewing for the public anywhere near the launch due to the situation of the pandemic.

The program highlighted the coverage of live launch that had happened earlier that day, along with the interviews taken after the launch, behind-the-scenes content, and other background stories of Jeff Bezos and Blue Origin.

Space tourism is something that many could not have even imagined in the past. It is a matter of great interest and curiosity that it is happening today and its future growth is deemed to have great prospectus. The world is eager to find out how outer space feels and looks.