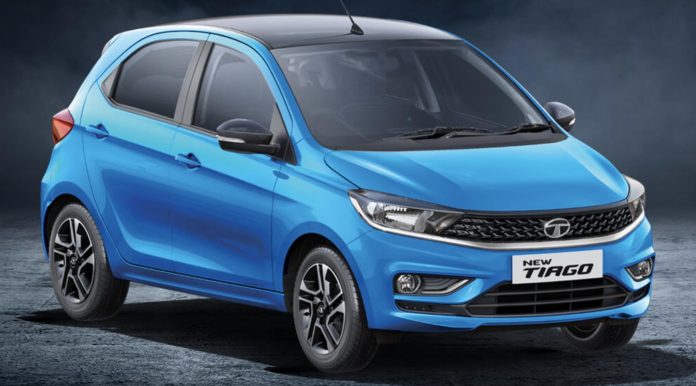 Tata Motors has unveiled a new special edition hatchback, the Tata Tiago. The limited-edition version is priced at Rs5.79 lakh (ex-showroom). The launch company said in an official statement commemorating the first anniversary of the revamped model of Tiago’s entry-level hatchback. The new version gets not only some new colors but also has additional features in the cabin.

The Tata Tiago is a city car manufactured by Tata Motors in India since 2016. Tiago was earlier announced as the Tata zica, while the “Zica” was shortened to the “Zippy Car”, but this was changed because the launch of the car coincided with the zica virus outbreak. A typical Portuguese masculine name, Tiago, was selected from a list of suggestions requested online. The Tata Tiago was born as the successor to the previous Tata Bolt, which was nothing more than a major overhaul of the Tata Indica Vista. Unlike the Indica Vista, even the Bolt did not have the required success, and Tata began designing a completely new vehicle (Kite Project) for an Indian car, with a 5-door body that would increase the brand’s sales in the Indian region. The launch company said in an official statement commemorating the first anniversary of the revamped model of Tiago’s entry-level hatchback. The new version gets not only some new colors but also has additional features in the cabin.

Building on the XT variant, the Tiago Limited Edition is available with a manual transmission and is available in three single-tone colors: Flame Red, Pearlescent White, and Daytona Gray.

Tata Motors Passenger Vehicles Business Unit, Marketing head Mr. Vivek Srivastava said.  “Since its release in 2016, the Tiago has been very successful in its category and has captured the admiration of all. Following this, the BS6 version of the product was introduced in 2020, and when launched, GNCAP also received a 4-star security rating, making it the safest in its segment. Tiago has received a good response in the market with over 3.25 lakh happy customers. By introducing this limited time-variant conforming to our new Forever philosophy, we are confident that we will continue to be excited in this space while meeting the ever-evolving needs of our customers.”