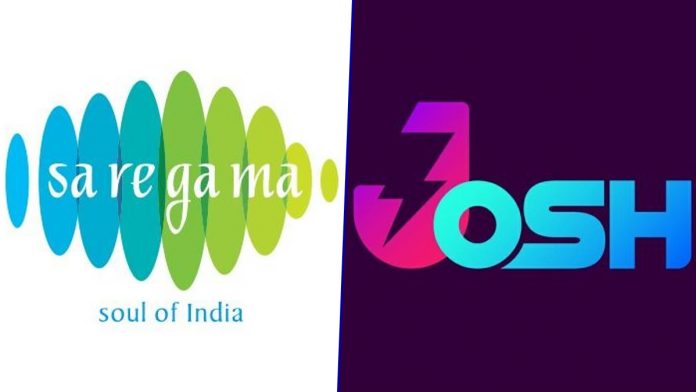 As part of the deal, Saregama will license Josh its entire catalog, in Hindi, Bhojpuri, Bengali, Tamil, Marathi, Telugu, Malayalam, Kannada, Punjabi, Gujarati, and many more. Saregama is the oldest music label in India and has an extensive catalog of film / non-film songs, devotional music, ghazals, and indipop in more than 25 languages.

Commenting on the partnership, Vikram Mehra, Managing Director, Saregama India, said, “Our partnership with Josh is another example of how more and more people are finding evergreen music relevant with the age no-bar. Saregama has music that is offered to all generations and ages across languages.  It is a great pleasure to collaborate with Josh and sees to create such innovative content.”

Speaking about the partnership, Josh co-founder Umang Bedi said, “Music is a universal language and the center of all Josh’s endeavors and innovation. This partnership is a great reminder of that focus – something that makes sure every user, creator, and moment on Josh, today. If a 2020 movie can recreate the 1951 Albela Classic into a fun and contagious soundtrack, you’re aware of the myriad possibilities of exposing creative minds and souls to an evergreen music library.  A better way to celebrate a decade of creativity than to welcome Saregama to our vast music library.  ”