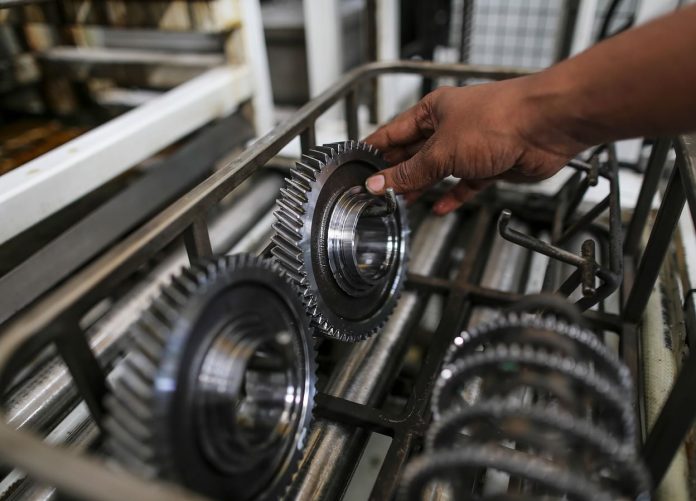 Under the Atmanirbhar Bharat Abhiyan, the government announced the Production-Linked incentive (PLI) scheme which is an important initiative towards achieving the goal of a $5-trillion economy. Pharmaceuticals, automobiles and auto components, telecom and networking products, textile, food products, advanced chemistry cell battery, solar modules, white goods, and specialty steel are the 10 sectors chosen for the scheme. After the government decisions the ministers have begun to make rules to operationalize it. The PLI scheme for textiles could support an Anchor Investment Mission for leveraging the global market.

The GDP share of India’s manufacture as of right now is low compared to our ASEAN neighboring countries. If we leave aside service exports, caused by low specialization and high diversification, India’s exports have not had much to show. If India can specialize in comparative advantage so that India can become a major exporter and achieve significant quantity expansion. Some sectors are cutting-edge technology while others are utilized as India’s potential and rise as a major assembly hub for a range of products. Within a given country most products are not produced from start to finish, this is a new reality of the global value chain. The specialization comes in a particular part of production which comes in a particular task. The positive strategies can be given by labor abundant India. Sectors like food processing, textile, pharmaceuticals, and electronics could attract global and local investments.

We need a transformative strategy to support the advantage that we have. “one Plasma” consolidated platform established by a strategic policy for contracting, quality control/certification, sourcing, and getting regulatory approvals. This could help to utilize the present distributed capacities of more than 3000 mid-sized pharma facilities in the country. The idea is to increase the output from US $30 billion to the US $ 75 billion by 2025. Textile and Apparel were also selected for the PLI scheme. It has bearing on other sectors such as used in building and construction. The ambition has to be high while fulfilling the objectives of enhancing manufacturing capabilities and boosting exports. Joint research and development would be a part of the scheme. Global standards for such products would also be required to be notified.