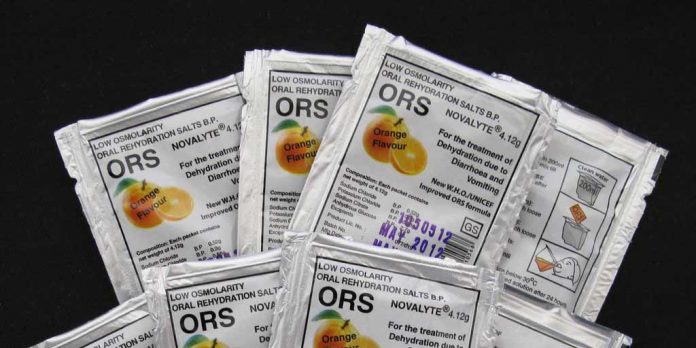 More than one lakh children, under the age of five, die every year from Diarrhoea, in India. According to UNICEF, India tops the list of countries where such deaths occur. To minimize this mortality rate to less than 1%, appropriate actions are to be taken by the team of prompt case management, of World Health Organization (WHO).

In the study, it was also reported that in moderate and mild cases, only 80% of patients with cholera can be successfully treated with Oral Rehydration Salts (ORS). It has been described as one of the greatest medical advances of the 20th century and is life-saving in situations such as dehydration discovered in the 1960s. It has emerged as one of the strongest fighters against deadly diseases, but one to take care about the right dosage.

In India, this industry has many other choices from other reputable brands that are available in Tetra pack cartons that provide us with the right ORS osmolarity. The key benefit of this packaging is that it can be conveniently used for drinking anytime, including in hospitals and at the household levels too. Based on the WHO report, the effectiveness of the ORS solution in the treatment of children with acute non-cholera and diarrhoea helped them increase their sodium concentration to 75 mEq / l, their glucose concentration to 75 mmol / l, and their overall osmolarity to 245 mOsm / l.

Especially for a tropical country like India, the need for ORS is very important due to the lack of access to clean drinking water, given that Electral from the house of FDC has become one of the leading players in the field of ORS in India. With all of this, the ready-to-use ORS drink would have a better alternative and is made with filtered water, leaving no room with inaccuracy. According to Mayank Tikkha, who is FDC’s General Manager, Business Growth & Commercial Excellence, stated that Electral can be used not only in the condition of Diarrhoea, but as a rehydrating solution for electrolyte replenishment that has been lost due to day-to-day workouts, overexposure to the sun and hot weather, or simply to battle against lethargy.

This disease spreads not only due to the ingestion of infected food or water, but also due to the water used to cook is impure. WHO has proposed that it should be used while boiling water too. If the water is chlorinated and contains some bacteria, it can contaminate the solution and become toxic. For a country like India, where a large part of our population does not have the access to clean and healthy water, the ORS tetra pack literally came as a blessing. This is easier to bring in and ready to use at any moment, also in a state of dehydration, to get us out of the disease and also to give us an immediate dose of energy.