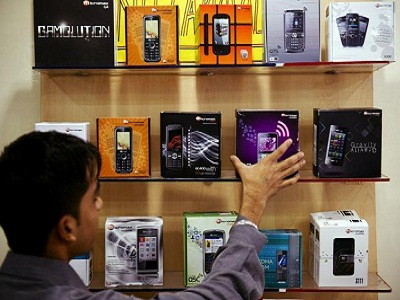 In Q2 2020, Smartphone market of India witnessed its worst performance. According to Canalys, the overall market declined by 48% during the period from April to June. As for companies, though Xiaomi continued its lead, Realme slipped to the fifth position, which was surpassed by none other than its former parent and current brand Oppo.

In the second quarter of 2020, The Indian smartphone market shipped a total of 17.3 million units. Always Xiaomi ranked first for 30.9% market share with 5.3 million units of shipments.

OEMs including Apple, OnePlus, Lenovo, Motorola, Asus, Tecno, Infinix, and otherswith 1.4 million units in shipments only accounted for 8.1% of the total market in Q2 2020. The least affected of all the brands with only a 20% YoY drop in its shipments was Cupertino-based tech giant.

The global pandemic was the foremost reason for the decrement in shipments. Chinese smartphone companies was not affected by the Anti-China as much as people portrayed on social media.

All offline shops were also closed. Amazon and Flipkart were banned to move any non-essential products once the lockdown started from March 24th.

Although sales resumed from May, the supply chain was disrupted and the mobile companies found difficult to maintain their production due to labor issues, and ensuring proper delivery of the smartphones.

Samsung was the biggest loser as they lost 60% of the sales of their smartphones, compared to last year. Xiaomi sale was decreased by 48%, and Vivo’s sale was decreased by 36%. Realme and Oppo too suffered great losses, as their sales were reduced by 35% and 27% respectively. Apple suffered the extent loss, due to their low market share of just 1% in India.

Finally, Chinese manufacturers represented 80% of the overall sale of smartphones in India during Q2.

Passionate In Marketing - September 13, 2020
0
Mercedes-Benz has unveiled a new "Unlock New Journeys with Mercedes-Benz" consumer campaign. The campaign seeks to communicate with the consumer emotions and...