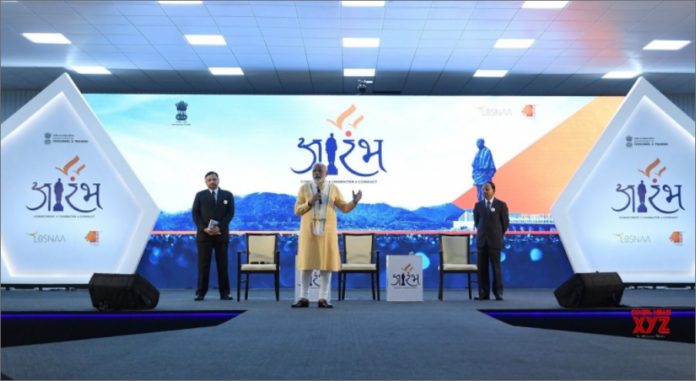 National, India, 27th September 2022: After the mega success of the Tata IPL 2022 Closing  Ceremony – The TCM Platform and XP&D teams are back at the Narendra Modi Stadium in  Ahmedabad for the 36th National Games Opening Ceremony on the 29th of September  2022. Keeping in mind the scale and stature of the event, TCM Platform is partnering with  the Moving Pixels Company.

“The national games are happening after a gap of 8 years, and with a hundred and twenty  thousand ecstatic fans in the Narendra Modi stadium, it will be an adrenaline-pumping start  to the games. The atmosphere at the stadium is electric and has all the ingredients to take it  up a notch- higher,” said Chanda Singh, Director- TCM Platform.

The event will see 1000 artists from all over the country who will join 5000 athletes as they  proudly march past the Hon’ble Prime Minister of India and other senior dignitaries. The  event will be choreographed to become a mega SFX show with Five rings of fire – LED, lasers,  intelligent lighting and pyrotechnics. Augmented Reality completes this sensory experience  – creating a larger-than-life illusion for broadcast and screens.

Says Manish Bardia, CMD of Moving Pixels Company and Creative Mentor of the event, “In  keeping with the legacy of Sardar Patel and the vision of the Hon’ble Prime Minister, the  theme of Khel Desh KoJodega will set a new spirit for sporting achievement. The event also  pays tribute to two decades of visionary leadership and transformation of the state, with 50  Gujarati singers singing the Vande Gujarat anthem.”

The crowning moment of the ceremony will undoubtedly be the much-awaited address of  the Hon’ble Prime Minister. Hundred and twenty thousand fans in the stadium and  millionswill witness history in the making on all major channels of Doordarshan, national  channels and digital platforms.The Hon’ble Prime Minister, in an unprecedented  scenography, will declare the games open from the centre of the arena. Arati Singh, Content  Director – TCM Platform said, “The event is designed to go from offline to online – snackable moments that are apt for reels and viral content. So do watch your screens for the  excitement.”

In keeping with the theme, ‘Torch of Unity’ will be introduced at the event inspired by  Sardar Patel. For the first time, the audience will participate and immerse in the digital  illumination of the torch with a light show. The ceremony will be activated from beyond the  stadium too. A drone show will light up the Sabarmati riverfront – as a countdown to the  games on the night of the 28th of September.

The event coincides with Navratri – a time of mega festivities in Gujarat. Says Manish Bardia,  “We couldn’t have hoped for a more auspicious timing of this event – the stadium, the state,

the nation, and the world will celebrate in a rousing finale of traditional Garba – where the  artists and athletes from all corners of the nation will join.”

The sounds of Gujarat will be brought to life by renowned singers KirtiSagathiya, Divya  Kumar, Ishani Dave, Bhumik Shah &ParthOza. The event will also feature Mohit Chauhan and Shankar Mahadevan with his sons Siddharth Mahadevan and ShivamMahadevan, LIVE  in concert.

The event will be LIVE starting at 6.45 pm on the 29th of September.

Passionate in Marketing - December 6, 2022
0
Vaccines, medications, specimens, blood, and other biologicals can be kept at the proper temperatures using cold storage equipment, frequently used to preserve...

Samsung Strengthens its India Commitment, Plans to Hire around 1,000 Engineers...

EDII organises sports and painting competitions for differently-abled on the eve...

Moneycontrol and Spartan Poker announce season 2 of the popular online...