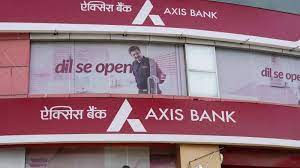 Recently, a number of banks increased the interest rates on fixed deposits for a range of deposit sizes and term lengths. In order to control inflation nationwide, the Reserve Bank of India (RBI) raised report rates by 50 basis points prior to the hike in interest rates. Bank fixed deposits, often known as FDs, are well-liked financial options in the nation.

Financial experts have, however, consistently recommended against investing all of one’s savings in bank FDs. To determine how much money one needs to park in banks, one must evaluate their asset allocation and goals. Recently, private lender ICICI Bank changed FD rates twice in one week.

The ICICI Bank’s FD rates currently span tenures and vary from 2.75 percent to 5.75 percent, according to the bank’s official website. On deposits under Rs. 2 crore, the bank has changed the FD interest rate. Rates on HDFC Bank FDs

The biggest private lender in the nation raised the interest rates on fixed-term deposits under Rs. 2 crore as well.

The bank increased interest rates across a variety of tenors and now provides 2.75 percent to 5.75 percent to the general public and 3.25 percent to 6.50 percent to senior people on deposit tenures ranging from 7 days to 10 years. FD rates at Canara Bank

A unique fixed deposit programme for the general public has just been launched by the Canara Bank. The state-owned bank has established a unique term deposit programme that is only available for deposits under Rs. 2 crore and is only good through September 30.

Senior citizens will receive an annual return on their investment of 5.60 percent under the Canara Bank’s special term deposit programme, which gives an annual interest rate of 5.10 percent to the general public. Rates of Bank of India’s Fixed-Term Securities

The Bank of India offers a 2.85 percent to 5.35 percent interest rate on deposits made for a period of seven days to 10 years.

A senior citizen must open the fixed deposit account as the primary account holder and be older than 60 at the time of deposit in order to qualify for the higher rate advantage. Rates for IndusInd Bank FDs

Lenders in the public and private sectors have raised their interest rates quickly for all loan types, savings accounts, and fixed deposits. While higher loan EMIs will hurt Indians’ wallets, individuals who have invested in fixed deposits with banks are also seeing an increase in interest rates.

Nishanth E - August 5, 2022
0
Pepperfry, the main e-trade furniture, and domestic items corporation these days introduced the appointment of Nishant Kumar because of the vice president...

After a gap of two years, 35% of companies see offices...