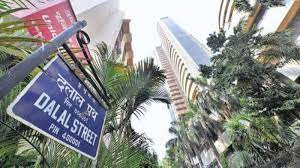 The Russian-Ukrainian War’s impact on supply chains, record-high inflation, rising interest rates, the devaluation of the rupee, rising crude oil prices, rising bond yields, and the continuous selling of stock by foreign portfolio investors are all factors that the Indian markets are responding to (FPIs).

In light of the present market conditions, Nikhil Kamath, co-founder of Zerodha and True Beacon, emphasised how the Nifty 50 is the most costly index when compared to the worldwide markets.

In a Tweet, Kamath remarked, “India may be many things, but one thing we still aren’t is inexpensive relative to past price multiples. Nikhil Kamath, co-founder of Zerodha and True Beacon.

claims that India continues to have one of the most expensive stock markets in the world despite the fact that the domestic headline equities index Nifty50 is 16% below its all-time high. Kamath tweeted, “India may be many things, but we still aren’t cheap when compared to past price multiples.

The figure below demonstrates that India has one of the most expensive stock markets in the world, with Nifty trading at a PE multiple of 19.9, higher than the PE multiples of 18.95 for the S&P 500 and 18.79 for the Nikkei 225. By dividing the index market cap by the index’s gross earnings, the index PE ratio is calculated.

An expensive market is indicated by a higher PE ratio. Important market indices from places like the UK, Japan, Shanghai, Brazil, and Germany are significantly more affordable. 2) The Buffett Index

The Buffett Indicator, developed by Warren Buffett, is nothing more than a ratio obtained by subtracting the market cap from the GDP of the nation.

An expensive market is indicated by a higher Buffett Indicator. According to data provided by Kamath, the Buffett Indicator for the world’s largest market, the US, was 138.9%, while Japan’s value was 13%. India is more expensive than the UK (89%), Brazil (53%), Germany (47.3%), and China (47.4%), even though it is still less expensive than the aforementioned two economies (58.7 per cent.)

The broker and money manager previously stated that only time would tell whether or not this is a bear market in an interview with ETMarkets. To maintain perspective, though, the markets have still not returned to their pre-euphoric surge levels from last year.

Passionate in Marketing - August 9, 2022
0
Having been associated with brands like ixigo, MakeMyTrip, and GoIbibo, Lokendra brings his 15 years of experience to grow the business vertical...